Ported in under two weeks

The game, which picked up a stunning Pocket Gamer Platinum Award on the iPad, sees you planning attacks against a series of alien towers that have taken over a futuristic, war-torn Baghdad.

Each mission sees you plan out and oversee the route your convoy of armoured machines will take through the windy city streets, utilising special weapons like smoke screens to ensure victory.

What’s most impressive about this new Android version of the game is that 11 bit studios's lead programmer, Bartosz Brzostek, managed to port the title to the platform in just two weeks.

Like the Pocket Gamer staff office, Bartosz’s efforts were powered only by the blackest of coffee (see dev diary below).

Anomaly: Warzone Earth is available now from the Amazon Appstore for $3.99 [download]. 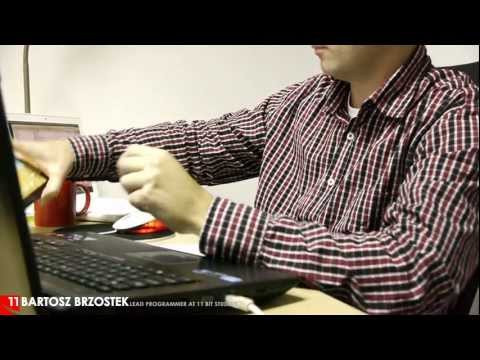