It's fair to say that we're all fans of the Anomaly series here at Pocket Gamer's secret base of strategic operations.

We gave the first game in the series, Anomaly Warzone Earth, a rare and glittering Platinum Award. We then gave the second, Anomaly Korea, a less rare but still pretty damn glittering Gold Award.

So, it's always rankled a little that the true sequel to Warzone Earth, Anomaly 2, was only released for PC and Mac. Those things don't fit in our pockets, no matter how hard we try.

Which is why a cheer went up this morning at PG Towers when we all found out that 11 bit studios is finally plotting a course around the rubble of the App Store and sending Anomaly 2 onto mobile devices. 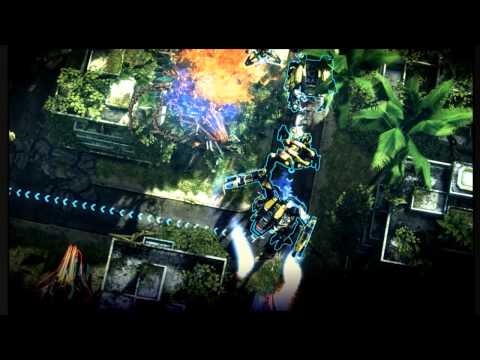 According to its maker, Anomaly 2 will be out on iOS, Android, and BlackBerry in the autumn. Yeh, I didn't even realise BlackBerry still made BlackBerrys.

Anomaly 2 is undeniably a stunning-looking game, with the same tower offence setup as its predecessors. You control a series of tanks or mechs moving down a path, and you need to blow up all the towers you come across.

There are multiplayer battles on offer, too, and a nice mix of accessible gameplay and hidden depths.

We'll keep you up to date with any more information about Anomaly 2 as and when it comes our way.

Oh, and just so you know - the screenshots in the gallery at the top of the page are from the PC version of the game. Although 11 bit says that the graphics on the mobile versions of Anomaly 2 will look exactly the same as the visuals on their desktop counterparts.

On the offensive: The making of Anomaly 2

Out at midnight: Stomp around and blast some alien towers in Anomaly 2 for iPhone and iPad