Rovio is quite clearly on a quest for world domination. And who could blame it.

The next stage of that quest involves PS Vita. More precisely, the Bronze Award-winning Angry Birds Trilogy on PS Vita.

You see, those Finnish fliers are preparing to launch Angry Birds Trilogy on Sony's powerhouse platform on October 16th. That's tomorrow, by the way. 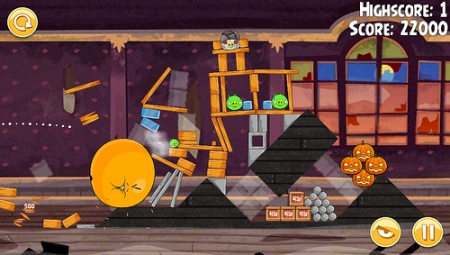 Get this, though: Angry Birds Trilogy on Vita will cost 34.99. The combined price of those three games on iPhone, by comparison, is £2.07.

Writing on the EU PlayStation Blog, Rovio producer Kalle Makinen attempts to justify the high price for the Angry Birds Trilogy on Vita:

"There are over 700 levels to play and some totally new features, like making your own Angry Birds tunes! We have optimised the gameplay for PS Vita and enhanced the graphics."

If you're willing to fork out £34.99 for Angry Birds on your Vita, then make a beeline for the European PlayStation Store tomorrow.

Apparently, some game called 'Angry Birds' was released on 3DS in the US today

Activision to bring Angry Birds Trilogy to 360, PS3 and 3DS