Warping into the future

A few minutes ago, Rovio announced Angry Birds Star Wars II, which - as we expected - will feature plenty of locations and characters, ripped straight from The Phantom Menace, Attack of the Clones, and Revenge of the Sith.

"Angry Birds Star Wars was a blockbuster hit for us and Lucasfilm with over 100 million downloads since its release. We are thrilled to be able to introduce the exciting next chapter in the Angry Birds Star Wars saga to our fans around the world," Jami Laes, Rovio's executive VP of Games, said.

"Some of the most amazing character additions are versions of young Anakin, Mace Windu, and Darth Maul. Hasbro's Telepods technology also provides a great way to extend the experience beyond the app and bring a whole new dimension to the gameplay."

Hasbro's Telepods technology, which works like the Portal that comes packaged with the Skylanders games, will allow you to use physical toys and the camera on your smartphone or tablet to transport characters and power-ups into Angry Birds Star Wars II.

According to Rovio, over 30 different physical toys will be available at the game's launch in September.

Rovio will release Angry Birds Star Wars II into the wild on September 19th. Oh, and you can finally play as the evil pig empire. Did we mention that? Oink. 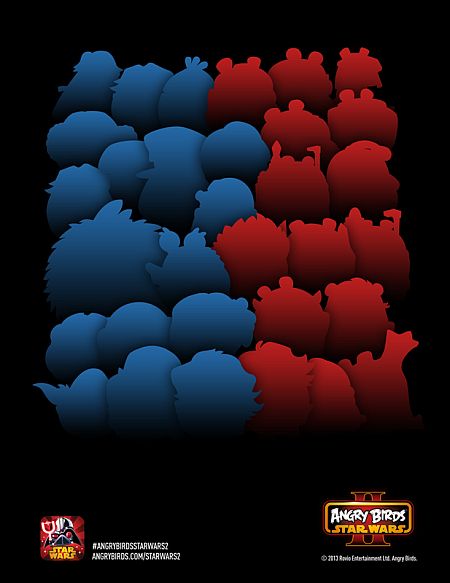 Next Up :
The Pokemon Go Fest 2022 world tour has now extended to Seattle for celebrations, tickets available now