How to use Telepods, collect characters, and save the galaxy (Updated to Rebels)

iOS + Android + Blackberry ...
| Angry Birds Star Wars II
Updated on October 7th, at 12:26: We've given this guide a bit of a spring clean to bring us up to date with the Rebels level pack.

So we've added videos for all 12 bird side and all 12 pork side levels in that update. Plus, all the levels for the Master Your Destiny special update.

The idea behind Angry Birds Star Wars II is a simple one.

You get to catapult birds at the ramshackle structures of pigs, while reliving the painful memories of the Star Wars prequels.

But, hey, you get to fire Jar Jar Binks into a brick wall as many times as you like. Plus, this is a cracking addition to the Angry Birds universe. There are loads of new power-ups, and levels in space and on the ground.

The game can get tricky, though. With more than 30 characters to play as, hundreds of levels to finish, armfuls of collectible junk to find, and loads of achievements to unlock, you're gonna need a good guide.

That's where we come in. Read on, Youngling.

You must know how to play Angry Birds by now. But for those few cave dwellers, Amazonian tribespeople, and time travellers who are out of the loop, let me break it down for you.

In each level, you fire birds from a slingshot in the hope of hitting and popping all the pigs. Unless you're playing a Pork Side level, that is, in which case the roles are reversed.

Scoring is based on how many damage and destruction you caused in the level, and how few birds (or pigs) you had to expend to finish the stage. Getting a good score, and three star, means mixing carnage with precision.

Each bird is a different beast, and has its own powers based on the Star Wars character being re-imagined here. See our bird (and pig) guide below for more details.

You can swap your current bird line-up for new feathered friends (see the shop and Telepods section below for more info), but you will always be able to finish the current state with the default set of birds.

Stuck on a specific level? Can't get three stars on a tricky stage? We've collected videos for every stage in the game, in which you are shown the exact shots to make to earn those massive scores. Choose a chapter below to get started. 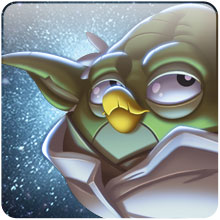 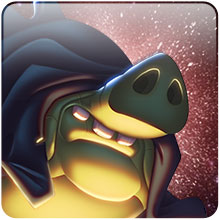 Bird Side - Pork Side Escape to Tatooine 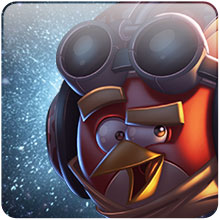 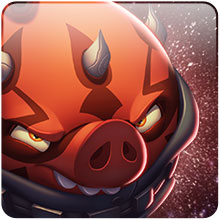 Bird Side - Pork Side Battle of Naboo 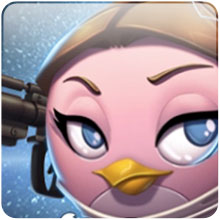 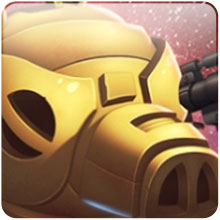 Bird Side - Pork Side Rise of the Clones 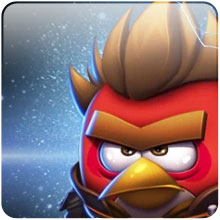 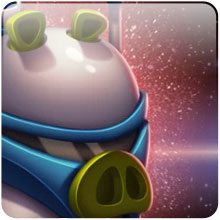 Bird Side - Pork Side Master Your Destiny 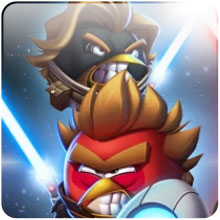 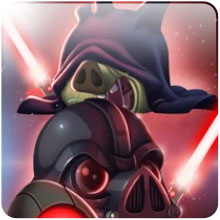 Bird Side - Pork Side Rebels 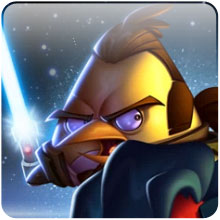 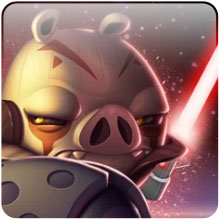 Bird Side - Pork Side Reward Chapter 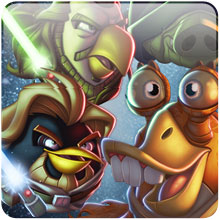 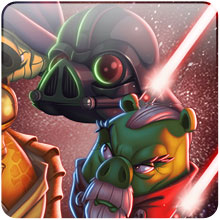 Bird Side - Pork Side

Angry Birds Star Wars II also features collectible items, which are scattered across various levels and hidden in hard- to-reach areas. The guides below will help you find and collect those items. 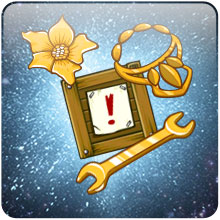 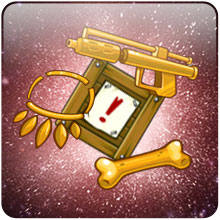 Bird Side - Pork Side

When you start a new chapter in Angry Birds Star Wars II, you'll be asked whether you want to play on the Bird Side or the Pork Side. This basically means that you'll only be able to play one set of levels until you unlock some stars.

Once you have 20 stars in a single chapter, you'll unlock the other side.

Each bird has its own ability - and you often need to tap the screen to unleash it. Here's what each feathered friend can do.

In Angry Birds Star Wars II, you can play as pigs, too. Here are the twirly-tailed characters you'll play as during Pork Side levels, and their abilities.

In every level of Angry Birds, you are given a default set of birds or pigs with which to play. With these guys, you will always be able to defeat the opposing force on that stage. New for Star Wars II, however, you can swap for different birds if you so desire.

You can buy access to those animals from the in-game shop. Pigs and birds cost tokens, which you unlock when you complete achievements. You can also buy them with in-app purchases. 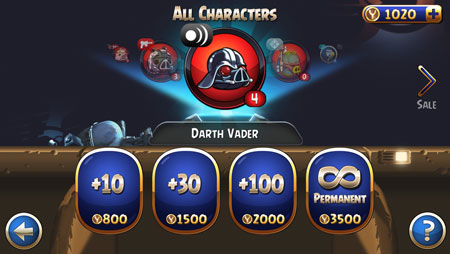 Once you have some birds under your belt, click the 'Bird Side' or 'Pork Side' icon during a level to see all your feathered (or bacon-flavoured) friends. Then, click the character's face to swap the current character.

If you prefer more physical interaction, you'll want to buy some Telepods. Here's how to use them.

First, slot the bird or pig toy onto the Telepod podium. The little notch in the hero's bum should fit snugly onto the raised stump on the podium. Next, hit load a level in the game and click the 'Telepod' icon.

Now, put the podium over your device's camera. On the iOS version, you will see a white shape on the screen, and you should try to place the lumpy bit of the podium over that shape. 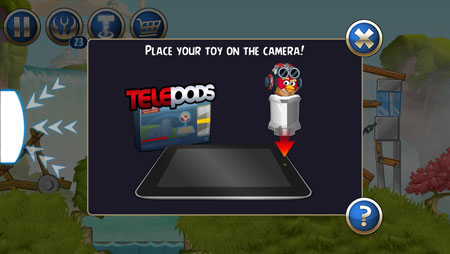 If all goes to plan, the bird or pig will appear in the level and replace the current character.

Angry Birds Star Wars II has a number of achievements. Finish these objectives and you'll unlock rewards like tokens (for the shop); special stages; and packs of bird and pig tokens.

You can see these achievements by clicking on the 'medallion' icon. Remember that there are separate achievement lists for each chapter. Try to get the lot.