Your guide to being a better battler

Angry Birds Epic is Rovio's latest spin-off. This time around, we're in a turn-based RPG with knights, swords, magic spells, and potions.

The game is not too bad - it's a fun and streamlined RPG. But the endless procession of fights does start to grate, and the in-app purchases have infected every corner of the game like a viral plague.

But if you're enjoying Angry Birds Epic, we wanted to share some advice with you to help you be a better battler.

These tips and tricks will help you improve your combat, find more ingredients, and spend your cash more wisely.

Do share your own advice on the game in the comments section below. For now, here's our list of handy hints... 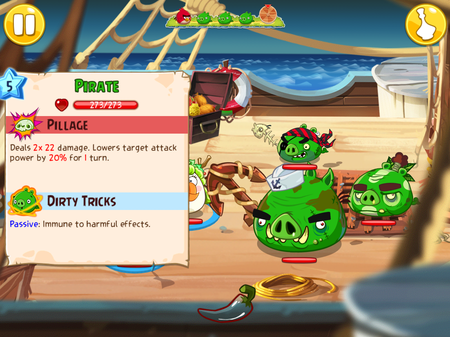 Every time you start a battle, hold your finger on each pig to see which attacks and abilities they have. Use this information to know which enemies to attack, which to avoid, and which spells to use.

For example, if an enemy has the ability to heal or resurrect allies, you should concentrate all your firepower on that pig. If one swine is immune to status effects, don't waste a poisonous attack on that foe. 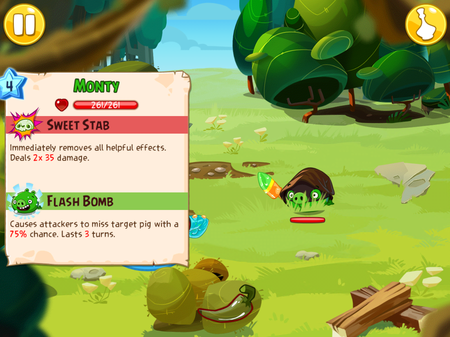 You can also change birds, items, and classes if you come across a pig with a special ability.

There's no penalty for exiting to the map (outside of wave battles, where you'll have to start from scratch), so just open the menu, tap the button that looks like an island, and leave. Change your team or loadout and then restart the fight.

For example, you might find yourself unable to defeat Monty and his annoying smokescreen in Matilda's Garden. So, just exit, give Chuck the 'Lightning Bird' class, and use the energy drain ability to cancel out Monty's flash bomb. 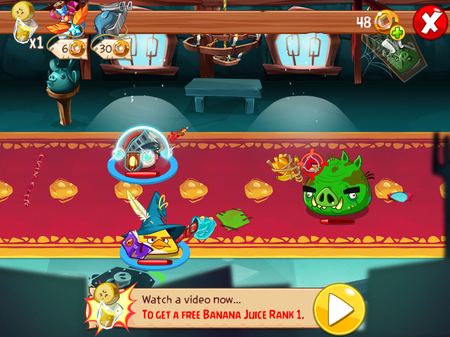 Pay special attention to targeting. Sometimes, a pig will target a specific bird for a normal or charged attack. Use this info to your advantage to give that bird a defensive boost like Chuck's shock shield.

Remember that you can double or even triple effects. Red bird, for example, can have Black's power boost, his own defensive aura, and Matilda's healing power. Stack powers to greatly boost your team's stats.

Do note that while most stat-boosting powers will apply to your entire team of birds, the exact recipient of the spell will get an advantage. Take Druid Matilda's regrowth spell: the recipient gets healed twice as much as the other birds. 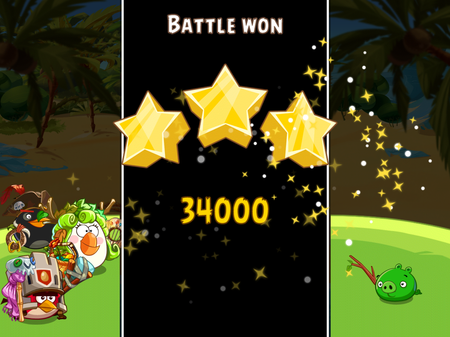 Your stars are calculated based on the birds' amount of health remaining at the end of battle. That's why it's so important to attack early and use potions to keep your chicks in good health.

Potions are handy. By using one, you don't spend a turn. So, yes, you can attack and heal in one go. But remember that you can't use more than one potion on the same bird in one turn.

The rage chilli does not carry over between battles, so don't be afraid to use it to clinch a battle. But it does carry over between waves, so try to save it for the start of the next wave if you can clear the current one with normal attacks. 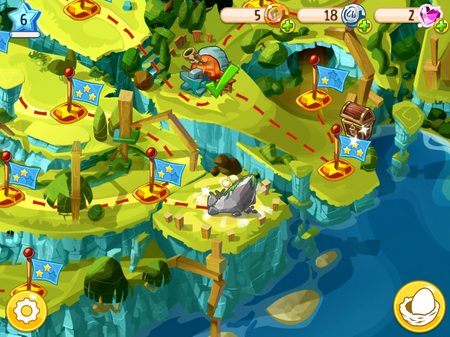 Remember where the scavenge points are on the map. They are refilled with fresh loot (including ingredients and blueprints) daily, so come back and tap on them each day to get more stuff.

If you need more materials, scrap old weapons and items that you no longer need by using the trash can icon. You'll get a few ingredients for each recycled weapon.

When you level-up, there are often new recipes and items in the shops and trainers you've found along the way. Head back and see if anything's new.

Certain items go on sale for a limited time. Don't buy the golden rage chilli or golden anvil straight away - wait for the price cut.