How to do killing the best, and cheapest, in Afterpulse - Hints, tips, and tricks

Pew pew. Bang bang. Shooty shooty. These are some of the noises I've been making while playing Afterpulse. If you haven't given the game a go yet, you really should.

Yes, it's a third person shooter on touchscreen, but it works brilliantly well. And yes, it's free to play, but not painfully so.

In fact, you can have an awful lot of fun here without even considering reaching into your pocket. But how, you might ask? Well, don't worry, I'll show you.

I'll also walk you through the basics of the game, and toss some slightly more advanced tactics all up in your face. Basically if you don't become a super-pumped killing machine after reading this, I haven't done my job properly.

The very basics of the game involve shooting as many men in the face as you can. But I suspect you've already figured that out. If you haven't, well, er, good luck.

So here are some basic tips for your early matches. They're mainly applicable to the multiplayer, which unlocks at level seven, but they'll hold you in good stead for the training matches too.

Standing still is the best way to get killed. Even if you're using one of the long range weapons, you need to be constantly shifting your position.

As soon as you spawn, especially in the Deathmatch mode, you should be on the move. In Team Deathmatch, try and move with your squad. Which leads us to... 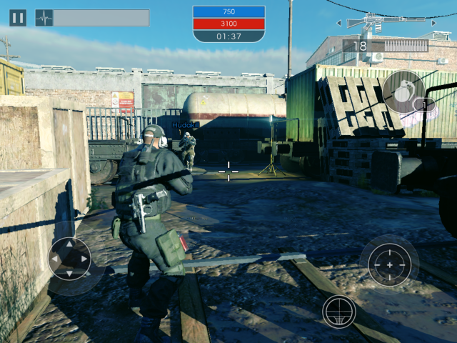 In Team Deathmatch, try and stick with at least one player on your team, more if it's possible. Multiple players are obviously going to do more damage when it comes to a firefight.

If you get separated, don't try and take on big groups on your own. Not dying is as important as killing, and wasting your life just gives the enemy more points.

Reload. Reload. Why aren't you reloading?

You should always reload whenever you get the chance. A full clip can mean the difference between stealing some points and ending up a crumpled corpse.

We'll look at some more detailed tips for reloading in the advanced section, but having a solid secondary weapon will also help your cause.

Switching weapons is quicker than reloading, so if the person you're trying to take down starts cramming more bullets into their weapon, consider switching to your pistol to finish them off. 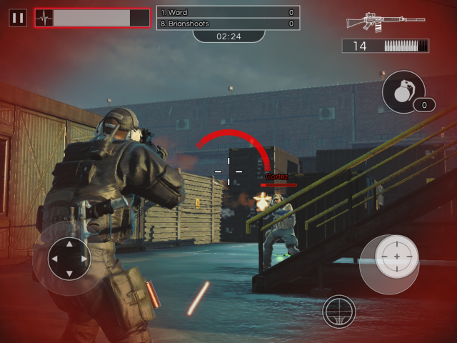 Let's take it up a notch

Once you've mastered the basics, it's time to start thinking more tactically. Not just about the shooting, but about the gear you're taking into battle with you.

If you've got to level ten and find yourself getting shot to pieces a lot, these ones are for you. Obviously nothing beats practice though, so make sure you're hitting those servers regularly.

This is my weapon

Learning the foibles of your primary weapon is key to success. How many bullets does it hold in its clip, what's the range on it, how many shots does it take to kill the average enemy?

If you know it takes five bullets to kill an enemy when they're close range, and you know how many are left in your clip, then you know whether you need to dodge out of a fight to reload or go in blazing.

This is your weapon

By the same token, keeping an eye on what weapons your enemies are killing you with will give you an advantage. If you're using an Assault weapon and you keep getting killed with SMGs, try moving backwards from a fight.

This will reduce the accuracy of your opponent's weapon, while leaving you relatively unhindered. By the same token, charging in with a machine gun should take down a sniper before they've had a chance to react. 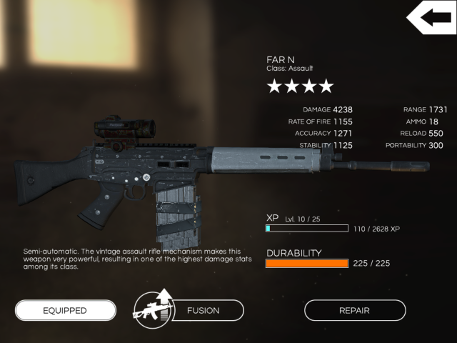 After a while you'll unlock gadgets like grenades and throwing knives. They're not super important to the game, but they can come in very handy if you use them smartly.

Don't just toss them willy-nilly, try and save them for when groups are around. And always lead with a grenade, firing first will give away your position and leave you vulnerable to getting blown to bits while you complete the throwing animation.

Again, knowing what your gadgets do, and which ones suit your play-style the best, will give you an edge. Especially in Team Deathmatch.

A solid tactic, especially in Deathmatch mode, is to be ready to mop up. If you see a close quarters fight going on, use that to your advantage. The combatants will be focused on each other, giving you a chance to nip in and bag a couple of easy kills.

The same goes for seeing an opponent die. Try and take down whoever killed them before they've had a chance to hide and heal up.

Occasionally you'll only got Kill Assists for your hard work, but every point is important at this level, when everyone is pretty evenly matched.

As you play, you'll find there are sections of every map where you're getting ambushed. Remember where they are and you can plan your own counter-ambush.

Being ready when you walk round that corner, with your gun fully loaded and pointing in the right direction, will make people think twice about camping behind some crates.

The same goes for verticality in the levels. Almost all of them have a decent sniping spot. Knowing where it is, and how you can get there without being seen, will likely give you an easy kill. 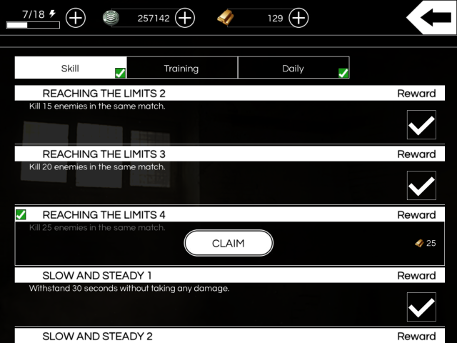 Lastly, here are the best ways to get the best gear without having to spend. There's a lot of grind involved in some cases, but when the grind is this much fun it's hard to complain.

Buying the best weapons with cold-hard-cash will give you an edge it's true, but a good chunk of your success in Afterpulse is going to come from skill rather than IAPs.

Every day there are five new daily challenges. One of them is always awarded for finishing the other four, and it gives you 20 gold. It shouldn't take you more than an hour or so to finish them all off.

Logging in every day gives you other bonuses as well. Five days in a row and you get 250 gold, which is more than enough to get you a few new weapons and some new kit.

The practice you get completing the dailies will make sure you're not losing your touch as well, and you might get some extra loot just for playing.

Find out who you are

If you're unsure of which weapon suits you best, buy some cheap versions with cash and take them for a spin in Training mode.

The bots are a lot softer than human players, and you'll get a good idea of how you want to play.

If you get a windfall, sometimes it's worth just buying a bunch of weapon crates to power up your main weapon. 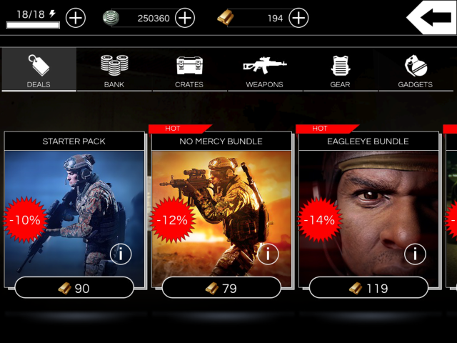 Use your gadgets well

Gadgets aren't exactly cheap, so you should only use them in the Multiplayer mode. Throwing them at AI opponents is basically a waste.

After the first hour or so Training is basically only there so you can grab dailies, so don't waste bombs on them.

Some of the gadgets cost Gold, but I'd suggest not wasting the currency on them. Sure, they're powerful, but you get a limited number and your guns are going to be far more important to you in the long run.

There's really no point spending anything filling up the energy meter. If it does run out, which has never happened to me in hours of play, just jump in and play some Multiplayer instead.

The same goes for trading Gold for Cash. You'll get so much as you play that you probably won't know what to do with it.

However, do check out the Deals section of the shop. Here you'll find some really good combinations of gadgets and weapons at discounted Gold prices.

Next Up :
Definitive Fate Grand Order tier list for the "grandest" heroic spirit

The Respawnables developer gives Afterpulse a new lease of life

The third-person shooter, Afterpulse, is available worldwide on Google Play

Afterpulse - Almost certainly shouldn't be as good as it is

Gamevil claims to bring a console-quality shooter to iOS with Afterpulse, out now