App Army Assemble: Afterplace - "Does this Zelda-inspired adventure game deserve a place on your phone?"

Afterplace is a Zelda-inspired open-world adventure game. It sports a retro aesthetic and promises plenty of secrets to discover and characters to encounter. Our reviewer Will Quick recently spent some time with Afterplace and had a great time. So we decided to hand the game over to our App Army to see if they agreed.

I frequently have debates with fellow gamers about the future of mobile gaming, I hope they will be as happy as I am at the milestone that is Evan Kice’s Afterplace. The first thing that struck me is how optimised the experience is for mobile platforms, from the intuitive controls to the way it accommodates pick-up-and-play engagement.

Then there is the levity of the whole experience, the humour written into character interactions, the unassuming way that it presents the story, the depth of the world revealed one pleasant surprise at a time. Afterplace is more than a testament to mobile gaming, it is an inspiration to solo developers everywhere.
Probably the most important mobile release this year. It gets my highest recommendation: Platform Essential.

I got immediate AM2R vibes from this one; don't know if it was the music or the large, semi-open, largely uninhabited world that did it, but there you go. I love AM2R, so this was a great fit for me. The graphics are nice, particularly in the areas that are a bit more vertical, and the music is atmospheric and also nostalgic.
My only complaint is that it is restricted to portrait mode as far as I can tell, and I'd much rather play in the landscape, with both thumbs. Overall quite good, worth a look.

Amazing game! 16-bit Zelda style, super fun and very intuitive. Its controls are magnificent and the fact that the game runs vertically makes the gameplay always very simple but fun. The music and sound effects are great. An important point that is still missing is more translations to other languages, it would be perfect! Congratulations to the creators of this great and super fun game.

This is a wonderfully simple and back to basic 16-bit style that wants to and succeeds in giving you a retro-Zelda experience. I like the simple one-finger control. I didn’t care for the sounds or music after a while so I turned the sound off. After an update, I was able to turn the camera shake down to zero… I can see the appeal but it’s a bit more than I like. I enjoyed finding paths in unexpected places and interesting bosses and their lairs. Made for a fun but simple adventure session. It even auto-saves, so if you’re playing on the bus, as I often do, you don’t have to worry about losing your progress when you quit. Really my only critique is that it could do with a map. Overall, especially considering that this is the work of a single, Dev, I say kudos! This is a keeper for me. Happily recommend!

This game is great if you enjoy exploring your surroundings and fighting everything in your path. As well as moving forward, the game offers you the choice of taking left or right options, adding to the playability and making it more interesting. The only thing I would say is it would have been handy to have some form of map to see where I was going and where roads intersected.

The controls were really easy to use but I turned off the sound as it was quite monotonous. When you die you end up in bed, ready to start again, with the opportunity to take the game down a different route. Kill enemies, speak to folk along the way and collect coins- it’s all there. If you’re looking for a game that has plenty to offer then try this one out.

Generally, exploration takes precedence over achieving clear objectives and the absence of a map and limited fast travel certainly fits that choice: even if the start of the game feels like being lost, after some hours the player appreciates this world more and more precisely because this giant open world is multiple and one whole at the same time, and funny NPCs live there. 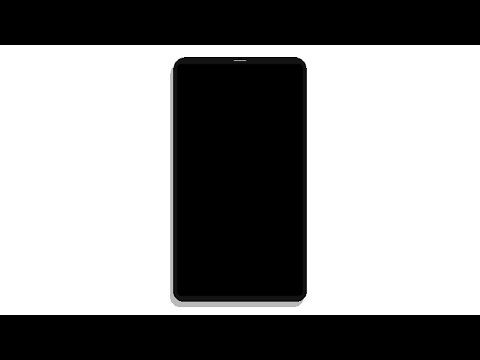 In the beginning, you can notice technical limitations specific to an indie game, the music is varied but generally too simple, the controls respond very well, but several fights can be a little long, and the numerous chests offering the usual coins gave me a feeling of repetition and renewed disappointment.

But in the end, despite a beginning that can seem discouraging, Afterplace reveals an ambitious game, which requires patience, and a good memory, and sometimes does not avoid a certain monotony, but it also brings a veil of mystery often unveiled on an alternately charming or nightmarish universe and significant discoveries.

Afterplace is an adventure RPG inspired (in both gameplay and art style) by the Legend of Zelda series. The controls are very intuitive, as we use the screen to move around, and we need to tap on it to attack enemies and perform other actions. Tapping while in combat is a little awkward, but perhaps if one uses a controller it becomes a little better. As others have said, the screen shake is a little much. The only serious drawback is that the game does not have a map, so we are forced to wander around before actually finding the missions/goals. Overall, I really liked the game, and I highly recommend it for fans of the genre.

Afterplace is a top-down adventure game with a simple 16-bit art style. Controls very well on my iPad. Tried it on my iPhone 11 but it didn’t seem as responsive for some reason. The gameplay is fun but I am personally not a fan of the screen shake when you strike an enemy. I found it very distracting. I also think the game would benefit from a map. Overall, a good game that I will spend more time with.

Well from what I have played so far, the game is like a top-down Zelda mixed with a cave story/dungeon crawler-rogue lite. In places, the game is weird in the best way. The gameplay uses virtual joysticks and presses to attack. The music is very Cave Story and so are the graphics. For me anyway. You will probably get killed a lot but you will end back up in a bed to start again. I really like this game. The downside is there isn’t a map (as far as I know). I’m looking forward to exploring more.

Next Up :
Into the Dead 3 release date and the rest you need to know

Afterplace review: "Finally, a place for after"

Afterplace is an upcoming pixel art RPG that lets you pave your own path, coming to mobile this June