Ace Ferrara & The Dino Menace loses publisher, gets new content and is free for today

If it weren't for them giving us time off we could have told you four days ago that the offbeat space-dino shooter Ace Ferrara & The Dino Menace is free for a short time.

As it now stands, it's January 2nd 2015, which is the day this limited time offer ends. You can still grab it for free on the App Store [download] as I write this, but that will soon change.

The reason for the game going free for a few days is due to it being relaunched with new content. But getting it requires you to re-download the game rather than simply update it.

That's due to its solo creator Phillipp Seifried ending the publishing deal with Bulkypix for the game. So now he is self-publishing it.

But Apple's rules means that the game can't be transferred on the App Store. And so instead he has had to remove it and then re-submit it to Apple for approval. 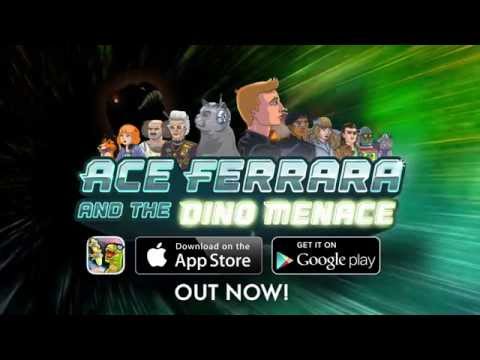 A bit of a pain in the arse, then. But, hey, if you want that new content without paying for the game again, re-download Ace Ferrara & The Dino Menace right now while it's still free.

And, lastly, the game now has a new harder difficulty mode with four new bonus missions. Which addresses our criticism of the game being a little on the easy side.

So, for the third time, go and download Ace Ferrara & The Dino Menace for free on the App Store [download] right now.

Ace Ferrara and the Dino Menace

Out at midnight: Ace Ferrara and the Dinosaur Menace is a 3D shooter with some jokes for iPad and iPhone