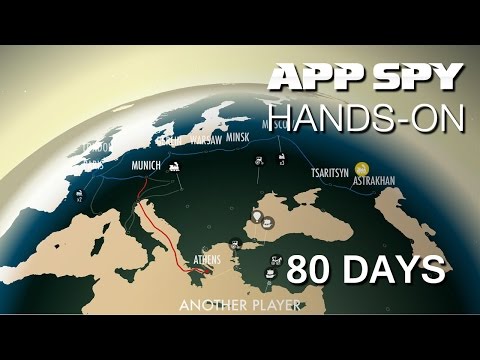 If you've got an Android phone or tablet and you've been staring glumly at your iOS-owning friends who've been playing inkle's incredible Gold Award-winning 80 Days, it's time to turn that frown upside down.

Or it nearly is, because the steampunk retelling of Phileas Fogg's adventure around the world is set to hit the Google Play Store later in the month. December 16th to be precise.

And it'll include a new arctic route another 30,000ish words to the already ridiculously massive choose your own adventure-style adventure.

That new content will also be landing on the iOS version at the same time. So everyone will have the same adventure and no one has to get picked on.

When we reviewed the iOS version we called it "a sharp, wonderfully written adventure," adding that "80 Days deserves your attention."

We'll give you a reminder when the game is set to hit Android, because we're good like that.

80 Days arrives on Steam this month, with a plethora of new content [Update]