Currently in soft launch on the Dutch and UAE App Stores

Lucid Games was one of the new studios created following the 2011 closure of Project Gotham Racing developer Bizarre Creations. But you already knew that.

What you may not know is that Lucid Games has just released a free-to-play iPad racing game entitled 2K Drive.

This is most likely the mysterious racing game that Lucid had been teasing on its Facebook page. Yep, the one some believed was going to be Project Gotham Racing 5 (or a sequel to Bizarre's other driving game, Blur).

Instead, it's a free-to-play mobile game, which takes its cues from EA racer Real Racing 3.

You've got a handful of cars (from manufacturers such as Nissan, Chevrolet, Ford, and SRT), which you'll guide around real-world tracks in events like circuit race, drag race, and head to head.

It also has community and quick race events that change daily, and novelty events like car bowling. 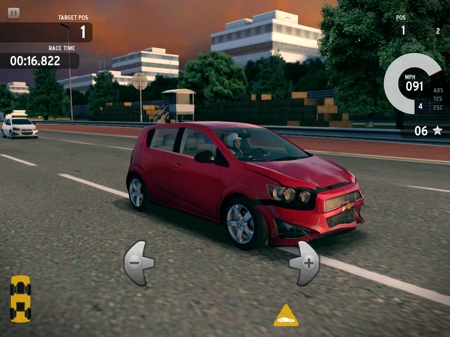 It's a fine racing game with a host of control options and lots of content, but 2K Drive is completely swamped in free-to-play shenanigans.

The game features two currencies. There are stars, which you spend on boosts (which might improve your top speed or make you impervious to collision damage), upgrades, and to instantly repair a smashed-up car.

There are also coins, which you use to unlock new cars, make certain cosmetic changes, and top-up your petrol so you can keep racing.

You are given stars for finishing races, and you are awarded coins in tiny quantities whenever you level-up. You can get more of both through in-app purchases. 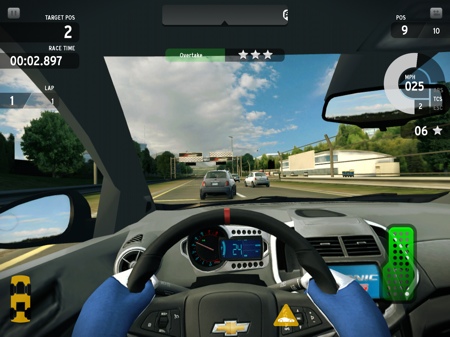 2K Drive is currently in soft launch mode in the Netherlands and the United Arab Emirates. It actually materialised in April, but it was only recently discovered by games industry snoop superannuation. There's no word on when it will be launched worldwide.

Lucid Games also made iOS and Vita puzzler Jacob Jones and the Bigfoot Mystery, which we thought was rather fab.

NeoGAF
Next Up :
Voodoo Detective, a point-and-click adventure featuring a thrilling cast, is out now on iOS and Android