These days, it's next to impossible to search Google Play without seeing the word 'zombies' at least three times a screen.

Zombie Dash, Plants vs Zombies, Zombies, Run!, Stupid Zombies... you get the idea.

But there's a new zombie game on Android that's well worth checking out: the Silver Award-winning Zombie Gunship.

At its heart more of a tower defence game than a zombie shooter as its title might lead you to believe, Zombie Gunship plays a lot like the innovative AC-130 level from Call of Duty: Modern Warfare.

You circle a military base from up above (in your gunship, you see) and are treated to a monochromatic green view of shuffling zombies attempting to break through the perimeter.

Your goal is to gun down the restless dead while protecting and not gunning down the surviving humans. It's all great fun, which is why we called it "clever, polished, and perfectly tuned to keep you hooked" in our review before we hung a Silver Award around its neck.

If you're into non-traditional tower defence and/or shooting things from airplanes, be prepared to part with 99c/69p and download this one from Google Play today. 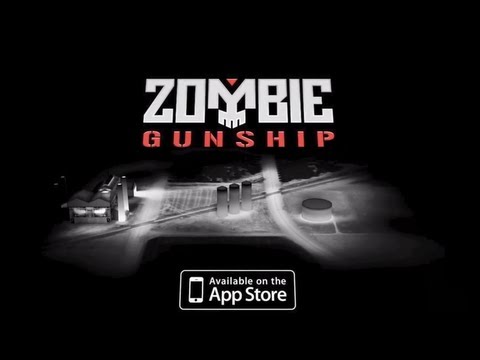 Zombie Gunship receives ranking update with another already in the works