Yu-Gi-Oh Master Duel is, as of today, now available worldwide following a staggered release. The increasingly popular digital trading card can now be accessed anywhere on the globe, and judging by the extremely successful numbers it has been seeing on all of the platforms it is currently available on, fans are excited to get in and play. Here is the full list of countries the game can currently be played from.

Master Duel is the latest entry into the long-running franchise of Yu-Gi-Oh games, all based on the immensely popular tabletop trading card game. Longtime fans will be happy to know that the available "booster packs", packs of cards to add into the game, will be current and keep up to the physical version.

The gameplay itself consists of what you would expect from a card game adaptation, building specific decks that match your playstyle, then taking those decks online to battle other players and climb ranked ladders. Unique to Master Duel is the inclusion of "secret packs", unlockable card packs that will allow you to customize your decks and specialize them even further. For more information on how Master Duel differentiates itself from the previous Yu-Gi-Oh game adaptations, check out the trailer below: 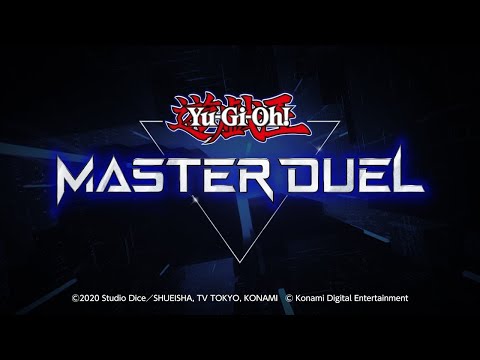 Master Duel has been wildly successful since the launch last week, seeing over 260,000 PC players, and over 15,000 reviews on Google Play that average out to a 4-star review. The game has been noted to be particularly generous to free-to-play players, not asking much of you in terms of spending money to get better cards or to stay current in the meta.

This, alongside the cross-platform progression that allows you to play on any of the console ports or the PC port and take that same data to your mobile version if you so choose, has led the title to become one of the most recent big card game launches.

Yu-Gi-Oh Master Duel is now available as a free-to-play title on Google Play as well as the App Store.