Rustle up bites in the kitchen, or unravel an ancient Chinese tale

Following on from its display at E3, Chinese publisher FriendTimes is hot-footing it over to Europe this August for gamescom 2019. On show will be two of its titles: Yokai Kitchen and Fate of the Empress — both new to the European market. If you’re lucky enough to be at the event, drop by Booth A-041 in Hall 10.1 to see what it’s all about, play the games first-hand and share your feedback. For everybody else, here’s a sneak-peek of what both games have to offer. 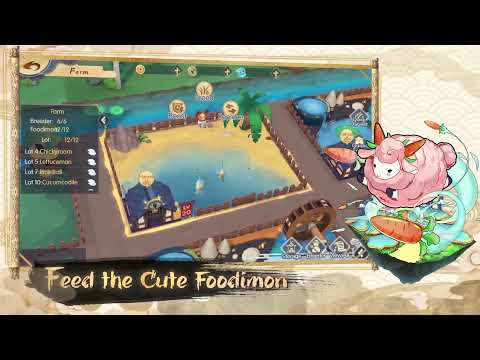 Set in a restaurant full of colourful patrons, Yokai Kitchen is a light-hearted anime RPG where excelling in the kitchen requires a little magic. You’re tasked with plating up some of the unique dishes on the menu, aided by Foodimon — think Pokémon, if Pokémon produced delicious ingredients. On top of juggling the orders of your customers, there’s plenty to do, including battling rivals, solving puzzles and capturing more Foodimon (gotta catch them all). Do all this, and your restaurant is sure to be a success.

Fate of the Empress swaps the action in the kitchen for the drama in the palace. This 3D RPG explores tales of love and hate in ancient China. You are tasked to find your way to be a queen/a king, whilst mingling with the social elite in extravagant imperial-era surroundings. It’s a game that focuses on relationships, rather than warfare — perhaps just the thing if you’re after a break from action-based gaming.

Follow both games on their official social media channels (listed below) for updates, and to see how they do at gamescom 2019.

Yokai Kitchen Facebook:https://www.facebook.com/yokaikitchengame/ Yokai Kitchen Twitterhttps://twitter.com/yokaikitchen Fate of the Empress Facebookhttps://www.facebook.com/FateoftheEmpress/ Fate of the Empress Twitterhttps://twitter.com/empress_game
What's A Preferred Partner Feature?
From time to time Steel Media offers companies and organisations the opportunity to partner with us on specially commissioned articles on subjects we think are of interest to our readers. For more information about how we work with commercial partners, please read our Sponsorship Editorial Independence Policy.
If you're interested in becoming a Preferred Partner please click here.
Next Up :
Top Drives is celebrating its 5th anniversary with the massive World Expo update