Some might say there's not enough humour in games anymore, but if they say it too loudly everyone might laugh at them.

Frankly, the golden age of game comedy was LucasArts' point-and-click adventures towards the end of the last century, and we don't really expect them back, at least not with the same level of commercial success.

But slapstick, that's something we all can enjoy – and it's also something the lads and lassies over at Team 17 have honed over the years with their Worms series of games.

Indeed, you can prime your funny bones with the latest video for Worms: Open Warfare 2, which as well as providing plenty of warring worms, also gives a quick insight into the game's Brain Training-style puzzle mode.

Of course, it doesn't involve working out the change you'll get after buying a newspaper but does include wounded worms and a steel girder, as you can see below: 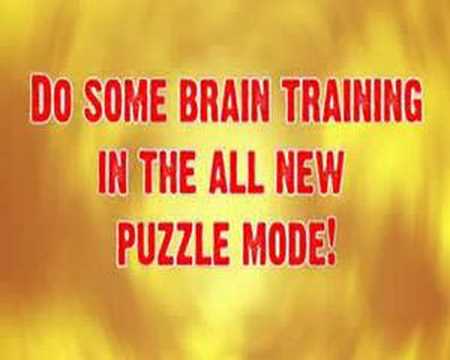 Subscribe to Pocket Gamer on
Laugh? Their sides split… Worms: Open Warfare 2 is released on DS and PSP on August 31st.
Next Up :
Noah's Heart, Archosaur's anticipated MMO, officially launches later this month