WarioWare D.I.Y., the latest microgame collection from Mario's greedy doppelganger, isn't about twisting or touching or waggling or even making funny faces - it's about creating.

The chubby game maker has obviously run out new mini-game ideas and is passing the mantel to you, hoping that his faithful followers will come up with something deeply original and like nothing we've ever seen before.

Except, that's not really the case. Look over any video sharing website and you'll see armfuls of WarioWare D.I.Y. micro-games that spoof, reference, and copy classic video games. From Morrowind to Pokemon and from Team Fortress to Guitar Hero, practically every game you can think of has a custom made microgame to its name.

So, without further ado, here are some of our favourites. 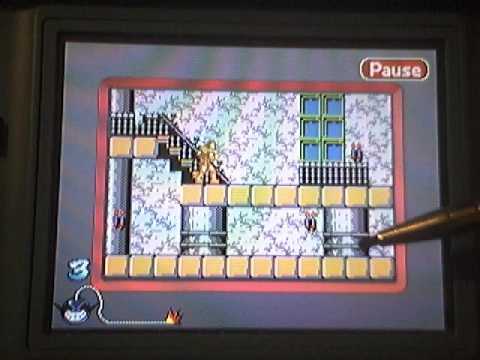 Subscribe to Pocket Gamer on
Whip the bejesus out of bats and wizards as everyone's favourite bullwhip-cracking, castle exploring hero. No, not Indiana Jones - Simon Belmont, from Castlevania.

Subscribe to Pocket Gamer on
Relive the joy of repeatedly bashing a poor, defenceless critter with a giant sword, over and over again. Strangely enough, this is a bizarrely accurate representation of just about every RPG ever made. Mega Man (NES - 1987) 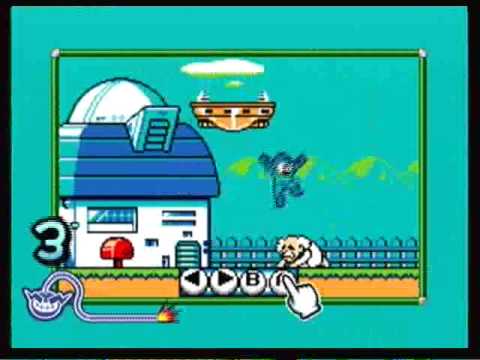 Subscribe to Pocket Gamer on
N64Mario's construction lets you complete the entire game of Mega Man in eight seconds flat. You've got to cap a couple of Met enemies and make Dr Wily fall out his ship to end his world domination. Bring on the sequel. Rock Band (Various - 2007)

Subscribe to Pocket Gamer on
Rock Band has come to just about every platform under the sun, including the PSP and iPhone. But its never been on DS until now. Play along to a classic Super Mario tune in loboreeves815's game.

Subscribe to Pocket Gamer on
Left 4 Dead's straight laced zombie apocalypse survivor Louis has something of an affinity for instant heath-boosting medication, shouting 'Grabbin' Pills' at first sight of a pot of pain relief. Relive the enjoyment in WarioWare D.I.Y. 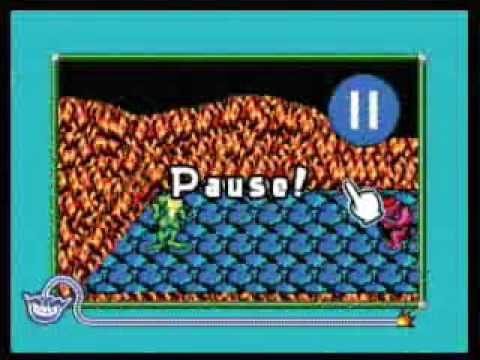 Subscribe to Pocket Gamer on
A nice simple one: simply hit the 'pause' button to hear Battletoad's rocking pause menu beat. It's a tune that instantly brings back memories of fighting frogs, speeder bikes, and wanting to throttle your friend with an NES controller's cable. Shantae (Gameboy Colour - 2002) 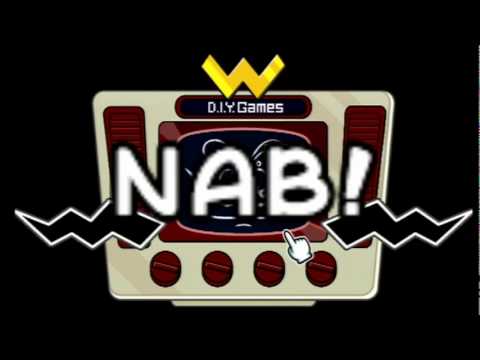 Subscribe to Pocket Gamer on
Created by Matt Bozon, the original designer behind cult classic Shantae on Game Boy Colour, 'Nab' has Shantea, in monkey mode, leap out to grab a bouncing gem. 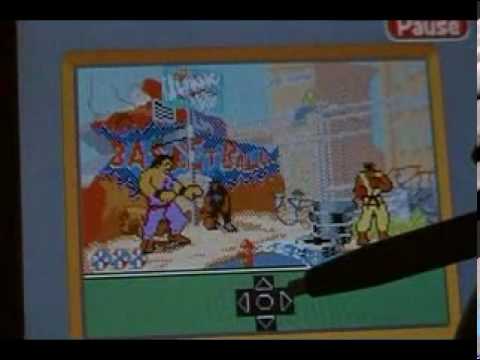 Subscribe to Pocket Gamer on
One of most awesome looking mini-games, GXSCChater's microgame looks like its been ripped straight out of the original fighting classic. The aim of the game is to deflect the ball, much like SF 3rd Strike's bonus round. 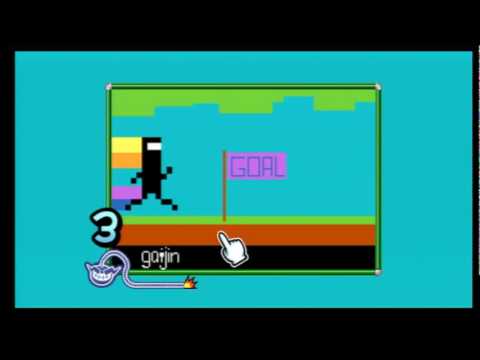 Subscribe to Pocket Gamer on
Another big named designer getting his grubby mitts on Wario Ware DIY, this time its Gaijin Games's Alex Neuse and a spectacular rendition of his upcoming game, Bit.Trip Runner.

Subscribe to Pocket Gamer on
What would a list be without Mario poking his little Italian head in? This Super Mario Bros game sees little Mazza bashing blocks to get coins, before chomping a mushroom and turning into his super self.

The Super Mario World themed background music might be a tad anachronistic, but we'll let it slide.

Subscribe to Pocket Gamer on
What's this? A Microsoft game ending up on a Nintendo system? Say it ain't so. This one's got a really cute chibi-Master Chief, blowing up Banshees and Grunts with rockets. Donkey Konga (Gamecube - 2003) 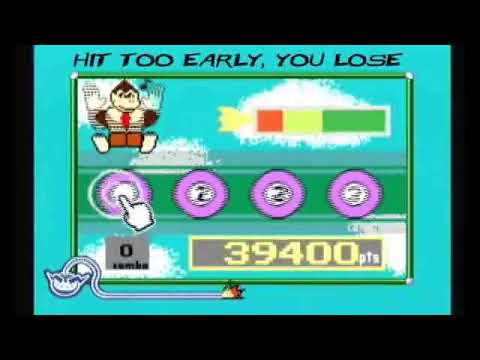 Subscribe to Pocket Gamer on
So you've played D.I.Y. Rock Band and Dance Dance Revolution, and you still demand more rhythm game action? There's no pleasing you, is there? Well, here's Donkey Konga, but without those cool rubber-skinned peripherals. Barely worth it now, is it? 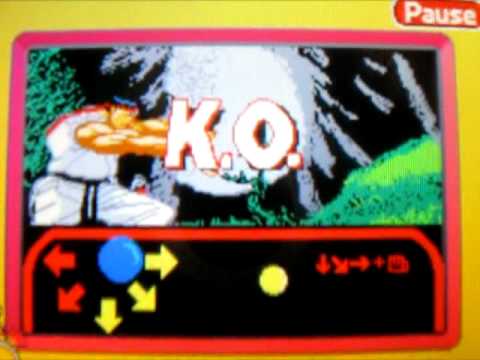 Subscribe to Pocket Gamer on
Okay, this is seriously the best looking microgame of them all. Ryu's bouncing around, in his full pixelated glory, and you've got to K.O. Akuma with a Hadouken. Hope you've remembered the combo. Here's a handy mnemonic: they call me Hadouken because I'm Down, Right, Fierce (Punch). Team Fortress 2 (Various - 2007) 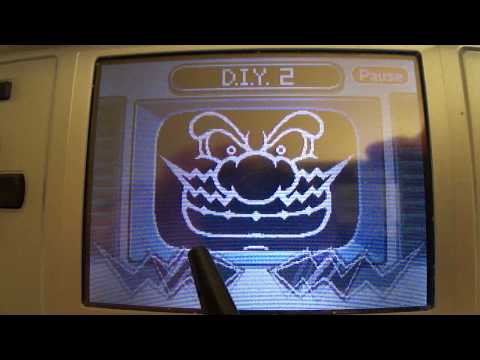 Subscribe to Pocket Gamer on
A collection of spiffy Team Fortress 2 styled microgames that see you camping with sticky bombs to blow up the scout, protecting a sentry from sappers and rockets, and rocket jumping out of the train's way. 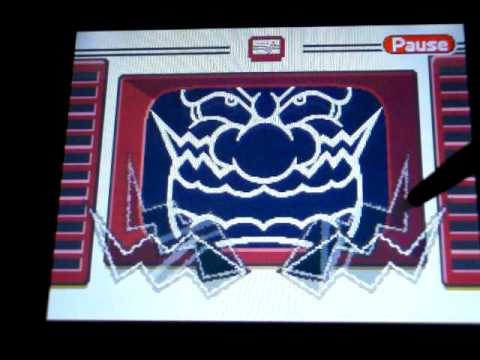 Subscribe to Pocket Gamer on
This one is painfully retro. Shigamado has pretty much got everything from Yar's Revenge into one game, as you blast the enemy without killing Yar. I assume its accurate, the Atari classic was a little before my time. 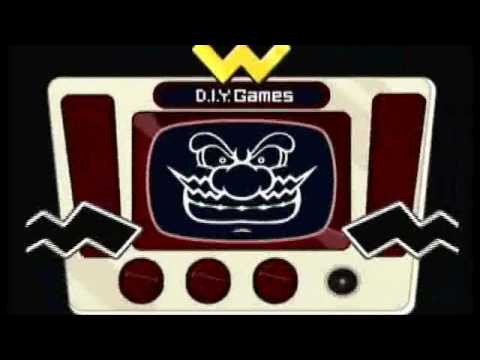 Subscribe to Pocket Gamer on
Leaving out the actual agents themselves is a little lazy on Segab's behalf, but his portrayal of Nintendo's addictive stylus-stabbing dance-off is great. Calling it "HEEEALP" is a nice touch for Elite Beat aficionados. 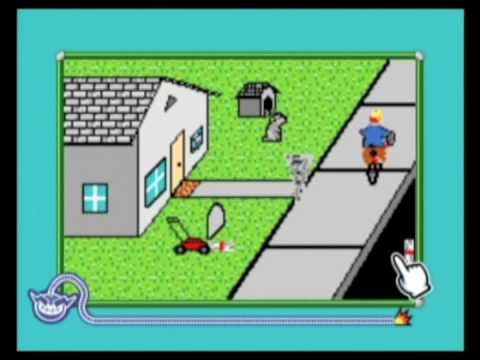 Subscribe to Pocket Gamer on
Don't you miss throwing newspapers onto front porches and into that dog's face. These days games are all about genocide and space marines and death. It reminds me of Hover Bovver, when games could be about the simple joys of delivering papers and mowing lawns. The Konami Code (First used in Gradius - 1986) 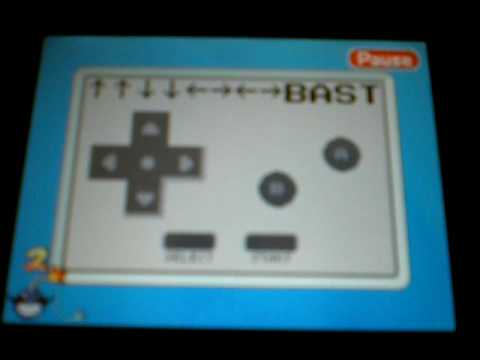 Subscribe to Pocket Gamer on
One of those little juicy bits of video game trivia, the Konami Code has been featured and referenced in over 160 games, as well as songs, websites, and wrestling moves. This game pays homage to the trick: Up Up, Down Down, Left Right, Left Right, B, A, Start, if you forgot. Cosmic Gate (DS - 2007) 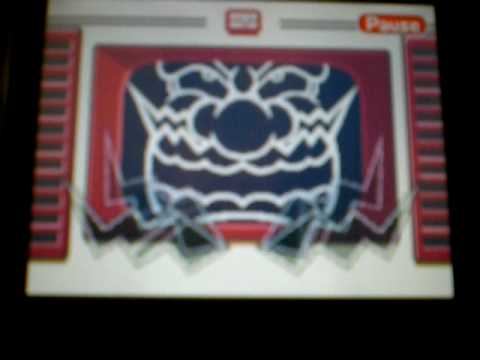 Subscribe to Pocket Gamer on
A game within a game about a game within a game. Did we just blow your minds? Cosmic Gate is a shooter spoof that appears in the excellent DS game Retro Game Challenge, a giant bizarro mash-up of '80s gaming culture complete with fake consoles and spoof magazines.
Next Up :
App Army Assemble: Square Valley - "Is this Carcassonne-inspired city-builder a must-play?"

Hands on with WarioWare - Do It Yourself for DSi