Warhammer 40,000: Carnage has been updated with a new Space Wolf character and some killer drones on iOS and Android

Warhammer 40,000: Carnage has been updated with a Space Wolf. Not a wolf from space, mind, but a new Space Marine from the Space Wolves chapter. He's a mean lookin' fella and no mistake.

The update adds a whole new chunk of the map that you can play through as the angry hairy man. He's upset because all of the rest of his squadron are dead. Cue hideous acts of rage-fuelled Ork murder.

As well as the new character and missions, the Space Wolves chapter update introduces support drones. There are a hundred of these to equip and they're essentially little helpers that fly alongside you and aid you in your scraps.

The drones come in four different flavours - Melee, Ranged, Blocking, and Healing. They're all pretty self explanatory. 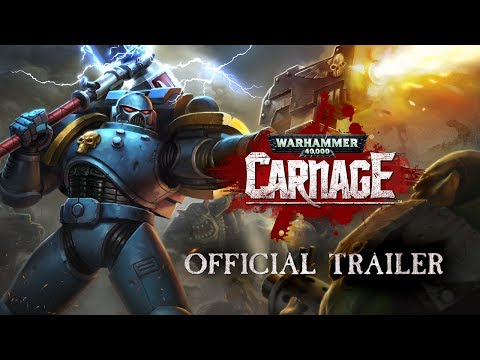 If that's not enough you'll also get a Power Axe, because nothing says hello like a glowing axe to the face, right?

The update is available right now on the App Store and the Google Play Store.

If you've already got the game the new content is free, although you'll have to pay some in-game currency to unlock it. If you fancy pretending to be an angry space viking tonight, why not stomp on over and pick it up.

Next Up :
Genshin Impact's v2.8 is wrapping up with the Evermotion Mechanical Painting event

Warhammer 40,000: Carnage has had its price cut for the first time on iOS and Android