You'd have thought that mobile gaming would have embraced the MMO genre a lot quicker than it has, especially given that it's one of the few devices that are always connected.

Yet despite a few exceptions (Pocket Legends springs to mind) there are still very few games on either iPhone or Android that offer up the massively multiplayer environment, especially to the level of depth found on the PC.

That looks set to change with the release of Vendetta Online, a new MMORPG for Tegra 2 Android tablets (a specific phone version is expected to follow later) from Guild Software that looks to blur the boundaries between mobile and desktop gaming.

Rock and (do a barrel) roll

Originally launched in 2004 on the PC and Mac, Vendetta Online is a space-action title set in the distant future, centering on the fate of the humans cut off from Earth after a wormhole collapses.

This fate should look familiar to those that have dabbled in the genre before, as there's a feel of both Elite and Eve Online about the game.

During the short demo (running on the Motorola Xoom) we saw huge space stations rotating in the vacuum and asteroids looming menacingly in dangerously packed groups, just waiting to hit an unprotected hull.

This sense of scale extends to the gameplay itself, which features everything from mining rare minerals, trading in dynamically fluctuating commodities, and engaging in epic battles featuring hundreds of enemies.

Vendetta Online being an MMO, these battles are conducted not just with AI opponents but with real human opponents, although there's still the opportunity to engage in PvE missions for the 13 different factions in the game if you feel unsociable.

Ambitiously, Vendetta Online on Android links directly with the PC game world, meaning that both existing players can continue the same game on the go, and new players won't be alone in the void.

As you'd expect from a fully-functioned MMO, should you find a group of similar-minded spacefarers to travel with you can form up into clans and create your own fleets of warriors/peaceful miners just trying to make an honest living.

Unlike the majority of MMOs, Vendetta eschews the policy of 'click and wait' as made popular by Everquest and World of Warcraft. It uses real-time combat with direct shots in place of obscure dice-rolling.

This change in focus from the traditional also bleeds into the levelling system, which uses a series of 'licenses' spread over the main interactions in the game.

This means that being good at turning other pilots' vessels into burning hulks doesn't necessarily mean you can suddenly use expensive mining equipment.

Vendetta Online could well be the game that marks the move to proper MMORPG gaming on tablets. Its scope is ambitious and huge – the sort of attitude that sits well with the genre and should have Elite players still suffering from withdrawal symptoms chomping at the bit.

Vendetta Online is expected to launch alongside the Motorola Xoom in a 'few weeks', and will require a $10 per month subscription to play. 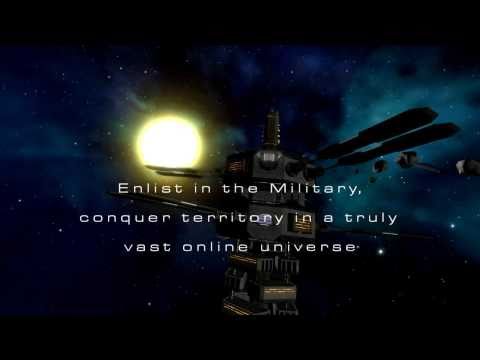 Subscribe to Pocket Gamer on
Next Up :
Apex Legends Mobile release date and everything we know so far

Take your iPad into space