App Army Assemble: Valleys Between – Relaxing, but are there enough thrills?

Valleys Between is a puzzler which allows you to build worlds through strategic moves and watch them grow. You will find yourself swiping to grow trees, lakes, communities and meeting new animals on the way. The game encourages you to discover the secrets of the valley and you really do want to thanks to the fantastic visuals.

Sounds amazing right? Well, today isn't about our opinion, we enlisted our App Army to try out Valleys Between and this is what they thought… 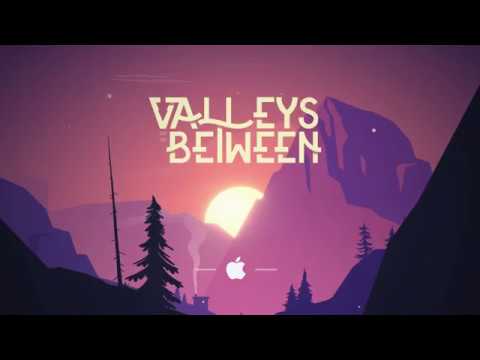 From the startup screen and the moment that the music began, I was pretty sure I was seeing another Monument Valley. Sharp graphics. A reasonable tutorial and an interesting enough puzzle challenge that I think will probably appeal to puzzle fans and people who like an environmental theme.

Controls are pretty simple and work fine on the small touchscreen. I have no technical complaints at all. But after I'd finished the tutorial and passed a couple of levels, I had to say I was just bored. Puzzle fans will enjoy. Environmentally minded folks will appreciate. But for me, it was right up there with watching grass grow. In a forest that I made. Just to watch it burn down.

This puzzler evokes previous procedurally generated puzzle titles that I thoroughly enjoyed and employs its inspiration in inventive ways. It has the tile manipulation from The Mesh, and a progressive sliding board that reminds me of Slydaris.

The world board is made out of hexagon tiles, sliding up on a hexagon will grow a tree, grow three adjacent trees and you can combine them into a world-seed that will populate the board with more empty hexes. Combine five trees and your reward is even bigger. The hexes are also populated by hazards, cursed areas, fires and other hazards.

Then there are animals, which wander around, and if guided correctly, become agents in dealing with the dangers on the board. Animals are guided by strategically dropping columns back, a down swipe move, where an up swipe plants a tree, creating an obstacle to herd the animal where you need it to go.

The trees you plant to herd the animals need to also be adjacent to other trees so they can combine, and sliding a column back can bring more dangers your way.

For the limited time I spent with Valleys Between it failed to convince me of its value as something ground-breaking, never seen before and worthy of my attention.

I would not call it a puzzler per se, but rather a gorgeously looking spin on a match 3 formula with quite a number of quests and ability to unlock new animals.

Perhaps I approached this game with slightly elevated expectations, but after playing through tutorial and a few initial levels, I got extremely bored and decided to call it a night. Out of sheer curiosity I switched the game to my native language and found out that the available localization is not very accurate and, in some cases, does not flow well.

As they say there is more style than substance about VB and, in my humble opinion, for the time being a whole valley lies between it and the most acclaimed representatives of mobile gaming industry. Also, why is there only portrait mode?!

The first thing you'll notice about this game is the polished UIs, graphics and the animations. It's oozing with beauty and quality. Now that doesn't mean the game is just a piece of art. Certainly not. It's a puzzler at heart with a light progression system driven by quests.

I will not reveal more because half the fun is to discover the intricate aspects of this game on your own. It's peaceful. It's rewarding. It makes you think. And finally, it puts a smile on your face. You honestly can't ask for more from a game. Buy it.

What a nice, chill and extremely beautiful puzzle game this is. It starts with a tutorial, but is easy enough to figure out on your own.

The quest system and color scheme reminds me of the Alto's series, but that is not a bad thing, we all know how good that series is. The quest system allows for smooth progression, lets you collect fireflies that let you upgrade certain aspects of the game. It's not a game you should 'finish', it's not the end goal that counts, it's the journey. Highly recommended!

There is nothing drastically wrong with the Valleys Between. It has got an eye-catching visuals, soothingly placid music/sound effects and pastoral atmosphere to go along with all that. Basically, it's your typical match game where instead of horizontal rows, you need to tend to vertical ones.

In order to progress you need to grow trees and combine them into environmentally friendly structures which in their turn, you guessed it, can be merged into one large functional building. Pollutional hazards in the form of oil rigs, wildfires etc. create the necessary drama effect.

Throughout the game you are given a set of three quests a la Alto's Adventure upon completion of which you level up. Also like in AA you get to unlock and upgrade different characters/animals. The main problem of this game as well as of the whole genre that it quickly gets tedious and repetitive.

Once you reach the floor of the valley and have a nice looksie around, there is nothing for you there. However, I would recommend it to the enthusiasts of the match 3/4/5 etc. wizardry.

As for me, this game will further widen my collection of “Peaceful Zen” which will keep me occupied and entertained during harsh snowy Russian winters while I traverse myself between a warm cozy bed and an armchair in front of the heating appliance.

I tried to like this game but ended up feeling rather bored.

Which is a shame as the graphics and music are great. The game play is easy to pick up as well. Another plus that the game is not a battery hog, my iPhone did not get hot when playing.

However, once you get past the tutorial, the game takes a downward life to utter tedium. The three mission structure helps to maintain interest for a while but even that interest quickly wanes.

There are seems to be a display bug, where the obelisk hexagons sometimes display as grass hexagons and you only find out when you discover you can't grow a tree on them or a text bubble pops up.

I have mixed feelings about this game. The graphics are beautiful, the controls easy to master and the music is calm and suits the game well. There are forests to create, homes to build and cute animals to wander through meadows.

However, despite the fact that it is all the above I found it very slow going. There are several elements which are time sensitive but even so I felt no sense of urgency and because of that I found myself starting the level again.

On the whole I think there is definitely a good game trying to get out and for people who want a zen, relaxing experience then this game is more than suitable, but not enough action for me.

A very different take on a puzzle strategy game. Took me 2 attempts at the tutorial to really understand the point of the game which is simply to grow your forest with the help of your animal companions.

The graphics are really nice and the gameplay feels smooth and well thought out. The game forces you to think ahead about your next move otherwise you'll find yourself stuck without anywhere to plant your next tree.

A good little game to kill some time.

To join, simply follow this link to the page on Facebook and request access. We'll get you in right away!
Next Up :
Figure Fantasy: What to expect from the epic Ultraman Tiga collab

Valleys Between review - "A calm but sometimes confusing puzzler"

New iOS and Android games out this week - Valleys Between, Donut County, Hungry Dragon, and more

Valleys Between arrives worldwide next week