Do Androids have hearts? 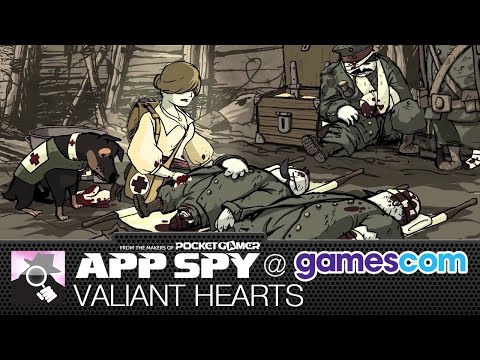 Silver Award-winning adventure game Valiant Hearts: The Great War is now available on the Google Play Store. It comes in two flavours, and it's definitely worth a look.

The game tells the story of a group of soldiers, and a dog, as they travel through the trenches and battlefields of Europe during World Word I.

It's an affecting, engaging tale about friendship, loss, and tragedy, all set against the backdrop of one of the worst conflicts in human history.

When we reviewed the iOS version we called it "a beautiful if flawed point-and-click adventure game with a look and feel all of its own."

If that sounds like something you'd like on your Android device you can buy the first chunk for £2.99 / $4.99 [buy]. There are IAPs to get the rest of the chapters, and one big IAP that gets you them all.

[Update] Out now: Valiant Hearts: The Great War is a military adventure for iPhone and iPad