Ubisoft has dropped the upcoming release date for Valiant Hearts: Coming Home, the highly anticipated title that follows the multi-award-winning Valiant Hearts: The Great War. Coming to iOS and Android exclusively for Netflix subscribers on January 31st, the game takes players on an emotional journey through World War I, as players discover what it means to find true friendship, sacrifice, brotherhood and survival.

In Valiant Hearts: Coming Home, players can look forward to a memorable narrative that offers a touching homage to the Harlem Hellfighters. This infantry unit was the first African-American infantry unit to fight in WWI. The game is less about combat but more about the harsh realities of war and how it affects different people in a myriad of ways - uncomfortable truths and the overwhelming nature of grief included. The very first look at the game was showcased at the recent The Game Awards last year. 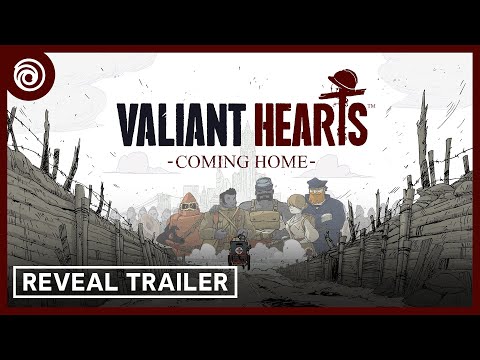 Players can expect the same heartfelt quality from the game as crafted by the original core team that made Valiant Hearts: The Great War. Combining exploration, puzzle-solving and narrative gameplay, the title is also the first of three mobile games that will land exclusively on the subscription service brought to members by Netflix and Ubisoft.

While the store links aren't live just yet, you can expect to download Valiant Hearts: Coming Home on the iOS App Store and on the Google Play Store for free with no ads and no in-app purchases as long as you're a Netflix subscriber. You can take a little sneak peek at the embedded clip above to get a feel of the game's story and visuals as well.

Are you on the hunt for more similar titles that will put your skills to the test on your mobile device? Why not take a gander at our list of the best narrative adventure games?

Next Up :
Narcos: Cartel Wars Unlimited lets you run your own cartel, out now exclusively for Netflix subscribers

Valiant Hearts: Coming Home tells an emotional tale in the midst of war, out now on iOS and Android via Netflix