Com2uS has announced a feast of Halloween treats that will appear in Summoners War this scary season. The latest update introduces a new monster, fusion combinations, rewards and spooky costumes.

The new monster being added to the game's ever-growing roster is the Totemist. It is a 5-star Wind Fusion monster that, as the name implies, uses the power of totems to support its allies. While most monsters in Summoners War have three skills, the Totemist has four, thanks to its totem. It is primarily a support monster but can also use a powerful attack when specific criteria are met. 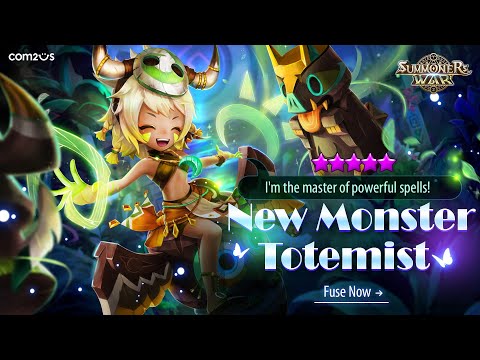 Elsewhere, three new fusion combinations have arrived. They include the Totemist, Dryad, and Neostone Agent. Players can get a Wind Totemist by fusing a 4-star Wind Dryad, Water Neostone Agent, Fire Vampire and Wind Griffon. Simultaneously, a Special Summon will increase the summoning rate of the newly added Totemist.

There is also a special event to enjoy and a Mystical Scroll Reward up for grabs. Players can earn several rewards by completing a series of in-game missions, with various objectives such as fusing a default 5-star monster. Meanwhile, a bonus event yields an extra scroll when using 10 Mystical Scrolls. 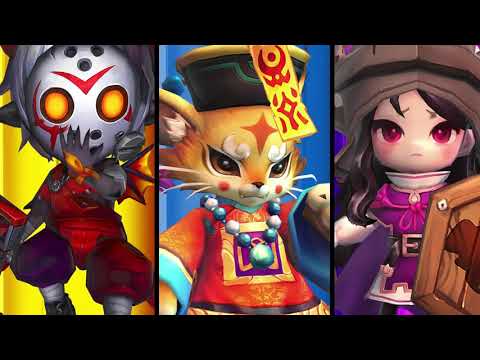 Of course, it wouldn't be Halloween without a few spooky items for players to add to their collection, so Com2uS has added more than a few. There are a host of new costumes on offer, such as the Demon, Beat Monk, and Paladin, that players can dress their monsters as. They will also find other Halloween-themed items such as pumpkin candy baskets, masks, and chainsaws.

Summoners War is available now over on the App Store and Google Play. It is a free-to-play game with in-app purchases.

Looking for more multiplayer games to enjoy on the go? Here are some of the very best available for iPhone and iPad
Next Up :
Ninja Must Die is an upcoming combat-focused action runner with stylish ink-based visuals, now open for pre-registration