Indie devs Talawa Games and Teotl Studios have taken the wraps off their debut project Unmechanical, a 2.5D physics-puzzler which will be landing on iOS next month.

Cast as a propeller-powered robot in Unmechanical, you find yourself trapped within the bowels of a cavern network, and must negotiate the rocky terrain to make your escape.

However, the caves are riddled with cables, pipes, and elaborate mechanical puzzles, which you will have to solve if you ever want to feel sunlight on your chassis again.

The look of love

Though it started life as a student project, Unmechanical looks surprisingly polished, particularly in the visuals department.

This graphical flair might have something to do with Teotl Studios's experience with the Unreal Engine, gained in part from teaming up with Epic Games on a series of university training sessions.

The finished Unmechanical product will contain over 30 unique puzzles over its 3 to 4-hour duration - puzzles which will test both your logic and the memory centres of your brain.

Expect Unmechanical to float onto the App Store at the end of August. 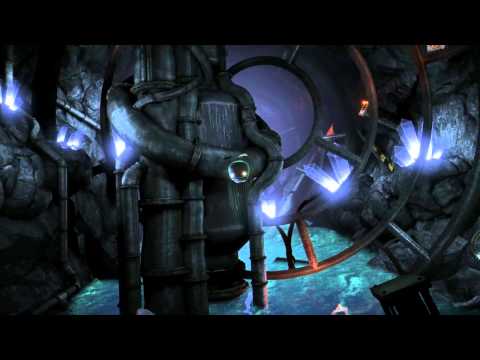