Why is Uncharted: Golden Abyss missing from the series' remastered collection?

You may have heard that the Uncharted series is getting a remastered collection for PS4 called Uncharted: The Nathan Drake Collection.

It contains the entire Uncharted trilogy but, wait a sec, isn't there four Uncharted games? Yes, there is. And I'm not talking about the upcoming Uncharted 4 either.

Did Naughty Dog forget about Uncharted: Golden Abyss on the PS Vita? We gave it a Gold Award so it's clearly not something worth neglecting.

Turns out that, no, Naughty Dog didn't forget about Golden Abyss.

"It was definitely under consideration, because we were trying to see how we could collect all of the Uncharted games," Meyer said. 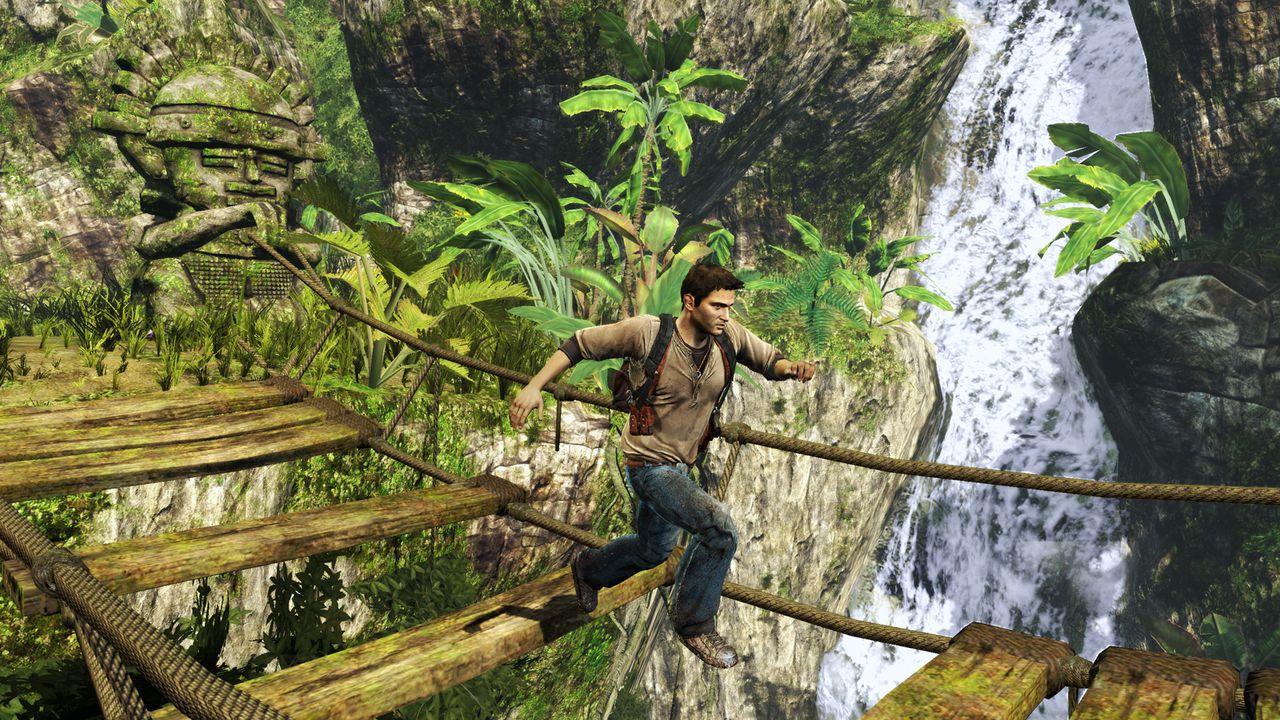 "But when we went back and looked at what we were trying to do with the Nathan Drake Collection, we realised that those three games – the trilogy – actually provided a particular narrative arc that led into Uncharted 4.

"We wanted to keep that as a holistic collection for that reason, and Golden Abyss kind of lives a little bit outside of that."

That makes sense, I guess. Still, it's a shame that it doesn't get to live on beyond the PS Vita, at least for now. Those upgraded visuals would have been great to see, too.

Power Up Gaming
Next Up :
Madness/Endless is a gory stealth action game with hardcore difficulty and vivid pixel-art visuals, out now on mobile

Tips for how to get every trophy in Uncharted: Golden Abyss for PS Vita - the complete guide

Rumour: Uncharted: Golden Abyss for PS Vita to get multiplayer in later update