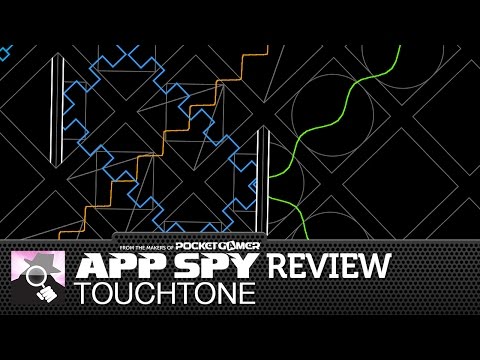 There was a point during testing where I was convinced I'd found a bug in TouchTone.

This ostensibly simple game of rewiring signals had me stumped to the point I thought I'd unearthed an error. It turned out I needed to rewire my brain.

TouchTone often forces a kind of upside-down thinking. And whereas the App Store is usually content to serve the puzzle game equivalent of mindless snack food, TouchTone is a puzzler with a capital 'P' - one made from rock with which it merrily smashes your brains out.

Time and again you'll stare at your screen for far too many minutes, hoping a solution will somehow leap into your brain.

Really, it shouldn't be that hard. All you have to contend with are single-screen grids with coloured signals to route to matching terminals, using mirrors and other contraptions.

The first problem is moving columns and rows take everything on them along for the ride. Precision placement - which becomes increasingly important as you work through the game - therefore requires you to think ahead.

The second problem is the puzzles become really devious. What looks obvious isn't, and you'll find yourself blundering to a dead-end, with no option but to start from scratch with new tactics.

Fortunately, the difficulty ebbs and flows, and after a particularly arduous test you'll find a simpler challenge to let your brain cool.

All on the line

Interwoven throughout is a story that's one of the most subversive and topical on the App Store. As you're connecting signal points you're also connecting a plot, involving eavesdropping on calls and emails, in theory to "prevent the next tragedy".

This transforms TouchTone from a 'mere' engaging puzzler into a hybrid creation that's reminiscent of Blackbar, providing a sharp commentary on contemporary politics and the surveillance state.

The only downside is that to tell the story, TouchTone forces a fairly linear progression. Get stuck on a puzzle and there's often nowhere to turn.

Two other mechanical issues irked - the app not retaining your place on quitting a puzzle, and there being no undo for poor moves.

But these are minor niggles that shouldn't stop you immediately rushing off to buy this fine, taxing, and slightly rebellious game.

An App Store rarity - a proper head-scratcher that's great looking and also has something to say
Next Up :
Roller Drama review: "Scheme with your team, skate great"

How to eavesdrop - TouchTone puzzle walkthrough and solutions for Tutorial 1, 2, and 3

TouchTone is a worryingly familiar tale of espionage and deceit