Read all about it

After the success of dystopian document thriller Papers, Please on PC last year, I was expecting to see many more games like it than we have so far.

One of the few that can be compared to Papers, Please is Double Zero One Zero's The Westport Independent.

The two-man Swedish team describe it as a "censorship simulator". This is on account of you playing as the editor at an independent newspaper deciding what will be printed.

This means you'll be assorting through documents and taking out certain words or whole stories if you choose. That's all well and good, but what's your agenda?

Word on the streets

Westport is a city of liars, politicians and rioters. The citizens look to your newspaper to find the truth among the rabble.

This means your stories can have a big impact on people's opinions and can trigger all kinds of different events. 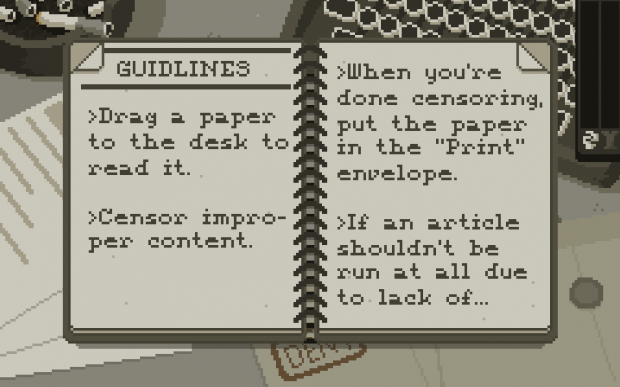 The government in charge of the city hands you a guidebook that it wants you to stick to when editing. It'll soon become apparent that it's trying to force you to feed the people propaganda to keep them quiet.

As it turns out, the government isn't liked by many people - demonstrators are kicking off in the streets. You're able to influence their opinion of the government, as well as the government's power over them, by manipulating stories.

Meanwhile, you'll also have to worry about the future of your job. It's rumoured that the government will have the newspaper shutdown in a number of weeks.

This might be prevented if you co-operate with them. If you don't, the consequences could be much worse than just losing your job.

It would also help if you can push more sales of the paper. Sales are affected by the editorial voice you decide upon.

You see, there are four different regions in Westport, and they all have different politics and amounts of wealth. 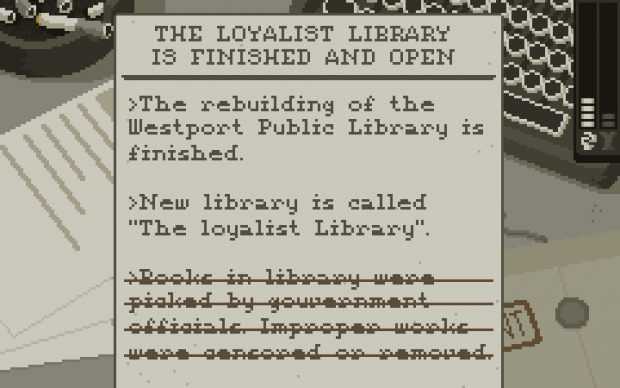 Pleasing one area will usually mean you'll upset another. You could run stories that increase sales in the rich North district, but that may decrease sales in the poorer East and South. It could also induce riots in those regions.

The Westport Independent not only has the paper shuffling of Papers, Please, then. It also forces you to deal with similar consequences based on the decisions you make.

Double Zero One Zero has told us that The Westport Independent will be coming to Android at the same time as the PC version.

An iOS version is something the studio would like to produce. However, it's not sure if that's going to be possible at this point in time.

If you want to play the prototype of The Westport Independent you can do so in your browser.

Newly released The Westport Independent is free on Amazon Underground