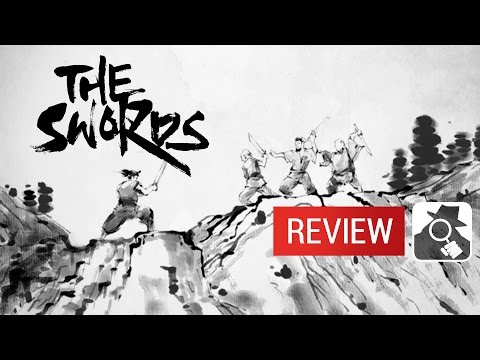 Subscribe to Pocket Gamer on
The Swords is a narrative driven action game with a difference. It sits at a different level of abstraction to your regular hack and slasher, and takes a decidedly mobile-centric stance when it comes to its violence.

Or, to put it another way, it's a bit like a grown-up Fruit Ninja with a gorgeous art style, a story about edged weapons and martial arts masters, and some interesting ideas and twists on the formula thrown into the mix.

And it all works pretty darn well. There's a level of challenge here that sets the game apart from your usual casual swipers, and the presentation and style of the game mean it's a feast for the eyes as well as the fingers.

You're just swiping the screen then?

Well, yes and no. Mainly yes. The game is split into chunks of levels, each of them focusing on a different style of sword play. The story is told in flash back, and it's all about a master blade wielder finding his way through the world.

Different level chunks have slightly tweaked styles of play. The first sees you tracing through pieces of calligraphy, the second sees you swiping to smash incoming blades before they get a chance to hit the edge of the screen and kill you.

There are other styles of play too. One sees you tracing a path through a series of gates before plunging your finger into a red marker that represents your foe. Another gives you a single swipe to clear the screen of a multitude of assailants.

The different styles of play keep the game fresh throughout, and mean closing your eyes and swiping manically on the screen isn't going to get you very far at all.

On top of that there are three different difficulty settings, meaning more advanced players can take the game on again with extra challenge heaped on to keep their fingers busy.

It is. There are some great ideas here, and you always feel like you have to push on to see the next one the game is going to throw at you.

It's tough as well, but not unflinchingly so, and the simple controls mean anyone can give it a bash if they fancy.

It's always good to see a game doing something different, even if it's just building on the foundations that other games have laid down for it. And that's exactly what The Swords does.

The only concern here is that the game isn't hugely long, but you'll enjoy the time you spend with it, and probably pop back in once you've finished to have a crack at the higher difficulty levels.

An enjoyable slice-and-dicer with enough tricks up its sleeve to keep you entertained for a while
Next Up :
Streets of Rage 4 mobile review - "Worth the twenty-seven-year wait"