The Silent Age: Episode Two, the final chapter in the point-and-click series, will hit iOS and Android next week 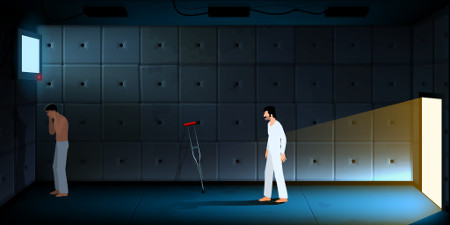 The second episode of time-hopping post-apocalyptic adventure The Silent Age is set to hit the App Store next week. It'll pop up as an IAP, and it'll set you back £2.99 / $4.99.

Unless, that is, you've already backed development of the second part of Joe's story, in which case you'll get a code sent to you. There's still time to do that, and it'll set you back $2.99 instead, which is a bit of a saving.

The game is a traditional point and click adventure with a dark, humorous storyline that sees you flitting between post-apocalyptic 2012 and the slightly more upbeat swinging '70s.

You can find out more about the game over on its official site, and if you're interested, keep an eye on the App Store next week when the second, and final, episode, should arrive.