iOS + Android
| The Rhythm of Fighters 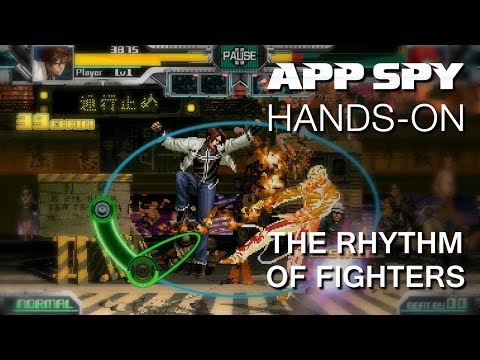 Despite grabbing more than a million downloads, SNK's The Rhythm of the Fighters will be removed from download on iOS and Android this week.

The game is a weird music game where you conduct tunes from classic SNK games, while King of Fighters characters do battle in the background. You get a few songs for nothing, and can buy more as in-app purchases.

We liked it, giving it a Bronze Award and saying "The Rhythm of Fighters is quite the odd duck, but it's also interesting enough to keep you entertained for a good long while".

In a post on Facebook, SNK says that you'll no longer be able to download the game or buy in-app purchases from July 15. But if the app is on your device, you'll be able to play for as long as it remains installed.

So, if you want to savour this bizarre bit of SNK history, go grab it from the App Store or Google Play right now.

The Rhythm of Fighters is now free to play, owners get five free songs

The Rhythm of Fighters, SNK's mash up of a 2D brawler and a rhythm action game, is out now for iPhone