iOS + Android + iPod
| The Lord of The Rings: Rise to War

The long wait is finally over - officially licensed geo-strategic war game The Lord of the Rings: Rise to War is out now on iOS and Android. NetEase’s exhilarating new title takes players back to Middle-earth with its impressive accuracy of maps and characters, recreating the world of the popular franchise in an entirely new way. 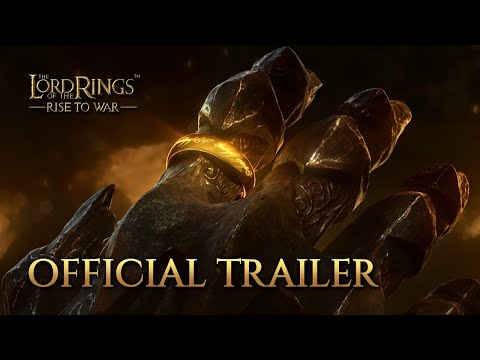 Right from the get-go, the game immerses you in all the LOTR vibes with stellar voice acting, breathtaking cinematics, and an iconic musical score serenading you in the background. You’ll be asked to pick a Faction among Gondor, Rohan, Lothlórien, Erebor, Mordor, Isengard, Angmar, and Rhûn, then design your ring from colour to material.

Throughout the game, you’ll strategize how to conquer neighboring tiles from Fellowship members and Faction members, as well as recruit Commanders and build your army with every new Season. Tiles can range from basic resource tiles to Control Points that give you control of a whole region.

Based on the trilogy of books by J.R.R. Tolkien and OSCAR®-winning film adaptations by Peter Jackson, The Lord of the Rings: Rise to War is now available to download as a free-to-play game with in-app purchases on the App Store, the Galaxy Store, and on the Google Play Store.

What's A Preferred Partner Feature?
From time to time Steel Media offers companies and organisations the opportunity to partner with us on specially commissioned articles on subjects we think are of interest to our readers. For more information about how we work with commercial partners, please read our Sponsorship Editorial Independence Policy.
If you're interested in becoming a Preferred Partner please click here.
Next Up :
Pokémon's spin on MOBA games, Pokémon UNITE, is now out on Android and iOS

The Lord of the Rings: Rise to War adds five in-game events to celebrate the Yuletide season

5 iconic Middle-earth locations you should look for in The Lord of the Rings: Rise to War