Hit RPG The Bard's Tale coming to iPad next week

Gift of the Gab

InXile Entertainment has just announced that the 2004 hit RPG The Bard's Tale will be coming to the iPad next week.

A parody of everything that a traditional RPG holds dear, The Bard's Tale lets you control a selfish rogue as he makes the choice between saving the world or pursuing coin and cleavage.

Clocking in an at a truly impressive 1.7GB, The Bard's Tale for the iPad is contains loot, sarky dialogue, cheesy voice-acting, and the occasional drunken dance off.

InXile Entertainment has also announced the inclusion of “Optional in-app purchases” and a “custom-redesigned user-interface for touch control”.

The Bard's Tale will be coming next week. While you wait, check out the trailer below. 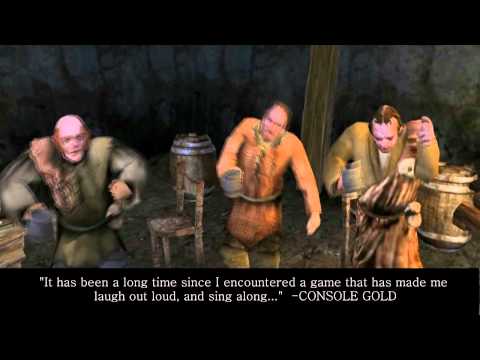 Subscribe to Pocket Gamer on
Kotaku
Next Up :
Defend your castle across different arenas in Merge TD Hero - Tower Defense, out now on Android and iOS

The Bard's Tale hacks and guffaws its way onto Android