Asmodee Digital has officially launched a new DLC pack for Terraforming Mars, its space-themed strategy board game on mobile and on PC. In the new DLC Hellas and Elysium, players can expect to explore more of the Red Planet with two new maps, as well as revisions to the game's Awards and Milestones.

In Terraforming Mars' Hellas and Elysium DLC, players can expect two new placement bonuses - the Hellas Sea and the South Pole. The former can yield heat and the latter can provide an ocean tile for 6 Megacredits. Over on the other side is Elysium, which contains valuable placement bonuses as well.

In case you're not familiar with the title, Terraforming Mars is a digital adaptation of the popular board game created with the input of the original designer, Jacob Fryxelius. Players can engage in strategic turn-based gameplay as they vie for the top spot to see who can transform Mars and create a habitable planet. This can be done via managing the production of resources, building facilities, researching different kinds of tech and so on. The game features a solo mode and a multiplayer mode with up to 5 players. 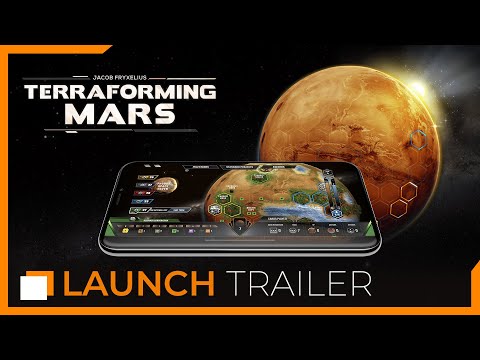 If you're keen on giving the game a go, you can download Terraforming Mars on the iOS App Store and the Google Play Store for $8.99 or your local equivalent. As for the new expansion, the Hellas and Elysium DLC costs $3.99 on iOS and $4.49 on Android. You can also check out the game on Steam for more info, or head on over to the official website for the latest updates.

Are you on the hunt for more similar titles that will put your skills to the test on your mobile device? Why not take a gander at our list of the top 25 best digital board games for Android phones and tablets?

Next Up :
Tales of Luminaria to end service later this Summer

Don't go anywhere, we're live on Twitch with Terraforming Mars in less than an hour