Tap Happy Sabotage, the oversized multiplayer touchscreen blast that won the BIP at Pocket Gamer Connects, is heading to Windows 8 on June 19th

Get some friends round 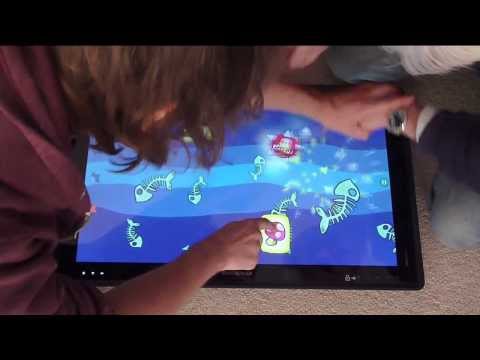 The game, which shared the grand prize at the Big Indie Pitch at our Pocket Gamer Connects event, is all about crowding as many people as you can around the biggest touchscreen you can find and tapping your way through a series of mini-games.

As the title suggests, messing up other people's game plans is encouraged. As is pushing people out of the way to make sure you get the victory and not them.

There's a delicious chaos to proceedings, and the games race by at surprising speed. If you happen to have a huge Windows 8 powered touchscreen then it's definitely worth a look.

If you don't, Alistair is working on an iOS and Android version that should be available later in the year.

It's time for developers to get physical with their players, says Alistair Aitcheson