If that doesn't sound like the most epic video game concept ever, I don't know what does.

Having played several hours of Grand Cru's Supernauts, though, the reality is far more low-key and not nearly as daunting. This is a social city-builder with the emphasis on easy-going fun and gentle construction challenges.

I should note from the outset that this kind of freemium city-building experience isn't usually my bag, so it says much for Grand Cru's abilities of world creation that I found much of my time with Supernauts to be enjoyable. 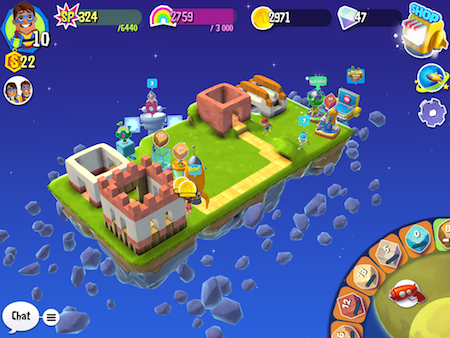 You start out with a small chunk of land floating in space. After a babbling superhero archetype, equal parts Mr Incredible and Buzz Lightyear, recruits you to the Supernauts cause, you're introduced to the game's many facets.

The idea is to expand your land one expensively acquired patch at a time. As you do so, you'll uncover partially built or damaged houses and structures. In order for Earth's citizens to move in and start paying rent, you'll need to repair these buildings. 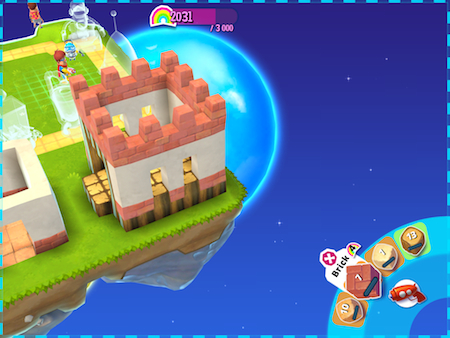 This is achieved with a Zero gravity gun, which enables you to place individual building blocks by tapping or swiping on the relevant area. This process formed the most enjoyable part of my time with Supernauts, requiring an initial bout of structural appraisal to see which materials are needed and where, followed by a steady hand to slot them into place.

It has to be said that there's a degree of fiddliness to tapping these building blocks into existence, with the 3D perspective occasionally leading you to conjure blocks in completely the wrong place. But it's a simple matter to hoover those blocks back up again and realign the camera with a two-fingered swipe.

A good chunk of your time appears destined to be spent constructing the raw materials for this building process - or rather, waiting for the construction of these raw materials.

You're soon instructed to buy robots that can create materials such as concrete, clay, logs, bricks, and more. Some of these materials then go into constructing more complex, premium materials. Naturally, there's a timer on all of these processes, which can be hurried along by spending gems - the game's premium currency. 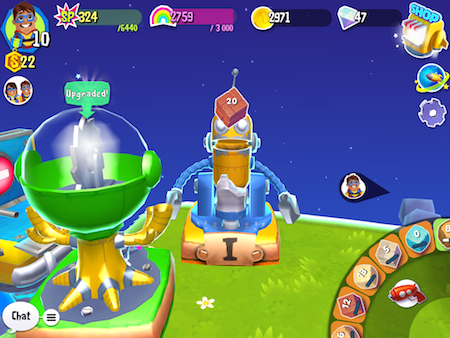 In addition, you can trade your surplus supplies for more coins (the main currency here) and experience points. It's also possible to visit other players' worlds for bonuses and a feeling of inclusive fuzziness.

In my entire time with the game to date I haven't spent a single penny of my own, but I'm sure the lengthening waiting times enforced by those obligatory cool-down timers have been engineered to scupper that habit eventually. Suffice it to say, there's plenty of fun to be had without any expenditure, provided you're willing to dip in and out of Supernauts over a number of hours and days.

Other tasks I've indulged in so far include rocketing down to Earth to take part in entertaining (if ridiculously easy) rescue missions for the purpose of populating my planetoid. These involve simple construction puzzles such as freeing trapped citizens from piles of rubble and using that rubble to form a bridge to a life raft. 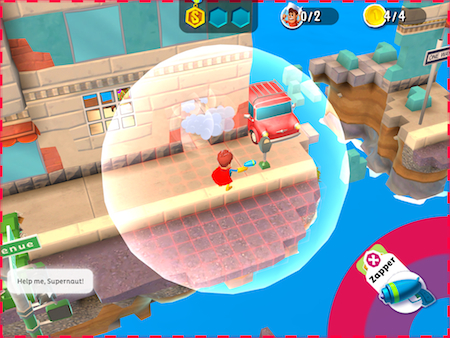 The whole game is gorgeous to look at. Some of those reference points I've used - chiefly The Jetsons and The Incredibles - should tip you off as to the tone that's been adopted here. This is bold, brash, cartoony futurism at its most colourful and optimistic (despite the underlying eco-disaster theme).

Supernauts's 3D engine seems to be both powerful and expressive, though this potent mix appeared to take its toll on my poor iPad 3, with regular stutters and pauses when a flashy special effect was unleashed (such as when laying down a new piece of land). I suspect that more modern iOS and Android devices will fare much better. 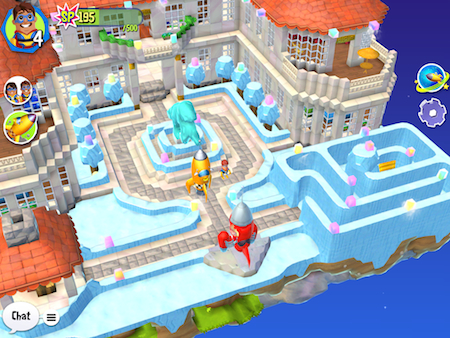 Grand Cru has big ambitions for Supernauts. Two years ago, the developer told Pocket Gamer that it wanted to make "a free-to-play mobile social game... everyone can play in the way that Angry Birds works for single player."

We'll have to spend more time with the finished game to determine whether that has indeed been achieved, but Supernauts has certainly got something of Rovio's deceptively involved physics and bright world design about it, if not quite its level of immediacy. 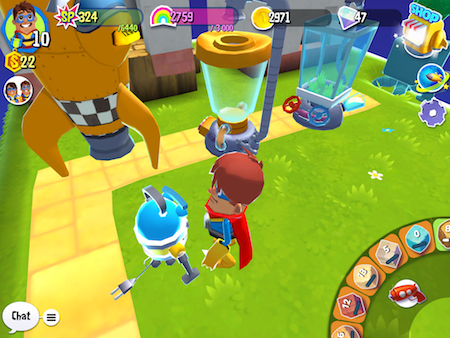 More importantly, this is a social building game that appears to have been built on a solid foundation of fun - a resource we wish more developers would mine for.

Supernauts has received a soft launch on the New Zealand App Store, and should be getting a full release soon.