Beaten to the punch

Mobile gamers might understandably be feeling a bit envious right now, then. However, while there's no Street Fighter V on the App Store - yet - there are plenty of decent one-on-one beat-'em-ups to fill the void.

Here are just a few. Hadoken! 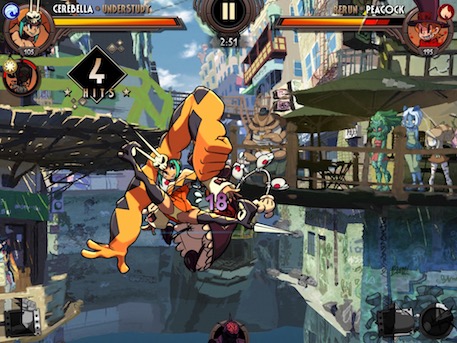 This one's a bit of a dodgy one, in that Skullgirls isn't currently on the App Store. But the good news is that it's relaunching on January 18th without the LINE endorsement.

Why is this good news? Because Skullgirls is one of the finest one-on-one scrappers on mobile. I played a pre-launch version back in May and found it to be thoroughly entertaining.

It's got the same distinctive art style and innovative character design of the console original, but with a carefully calibrated touch-driven control system. 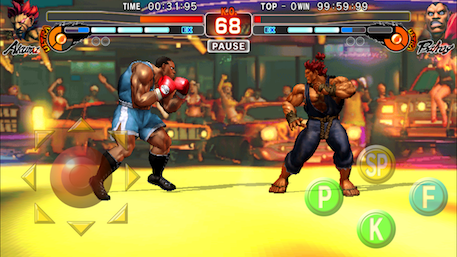 To be honest, we weren't that bowled over by Capcom's conversion job here. In his review, Harry complained about woolly controls in what is a very precision-oriented game.

If you can get onboard with those virtual controls, or better yet if you have an MFi controller, this is worth a shot. 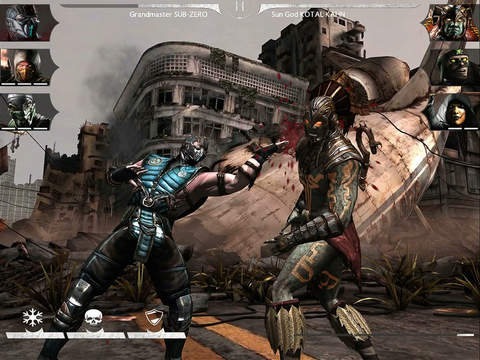 If you came of age in the early '90s, you'll recall that one of the main battles being discussed in the playground was Street Fighter vs Mortal Kombat. With hindsight Street Fighter was clearly better (yes it was!), but MK had its own schlocky charms.

Like Street Fighter V, Mortal Kombat X attempts to revitalise the classic beat-'em-up series with a healthy lick of new paint. It looks and plays nicely enough on mobile, but it suffers from being a bit simplistic. Still, Mortal Kombat was always about the gore, and that's supplied here by the bucket-full.

Besides, Capcom would be dead jealous if it spotted you playing Mortal Kombat X, and might hurry up its development of a mobile SFV. Maybe. 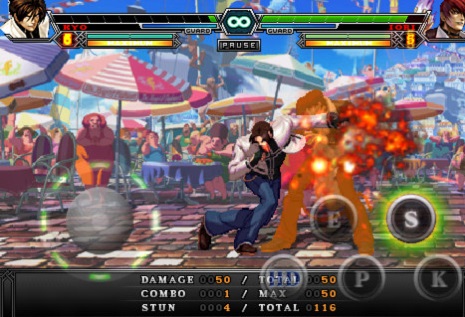 Mortal Kombat might have vied with Street Fighter for the popular vote, but true beat-'em-up aficionados will know that The King of Fighters was far more of a match for Capcom's game in terms of pure fighting mechanics.

The King of Fighters-i 2012 is a lavish, fully featured one-on-one brawler with 32 playable fighters and online play.

It's a brilliant revamp of a classic beat-'em-up, and a proper like-minded alternative to Capcom's latest effort. 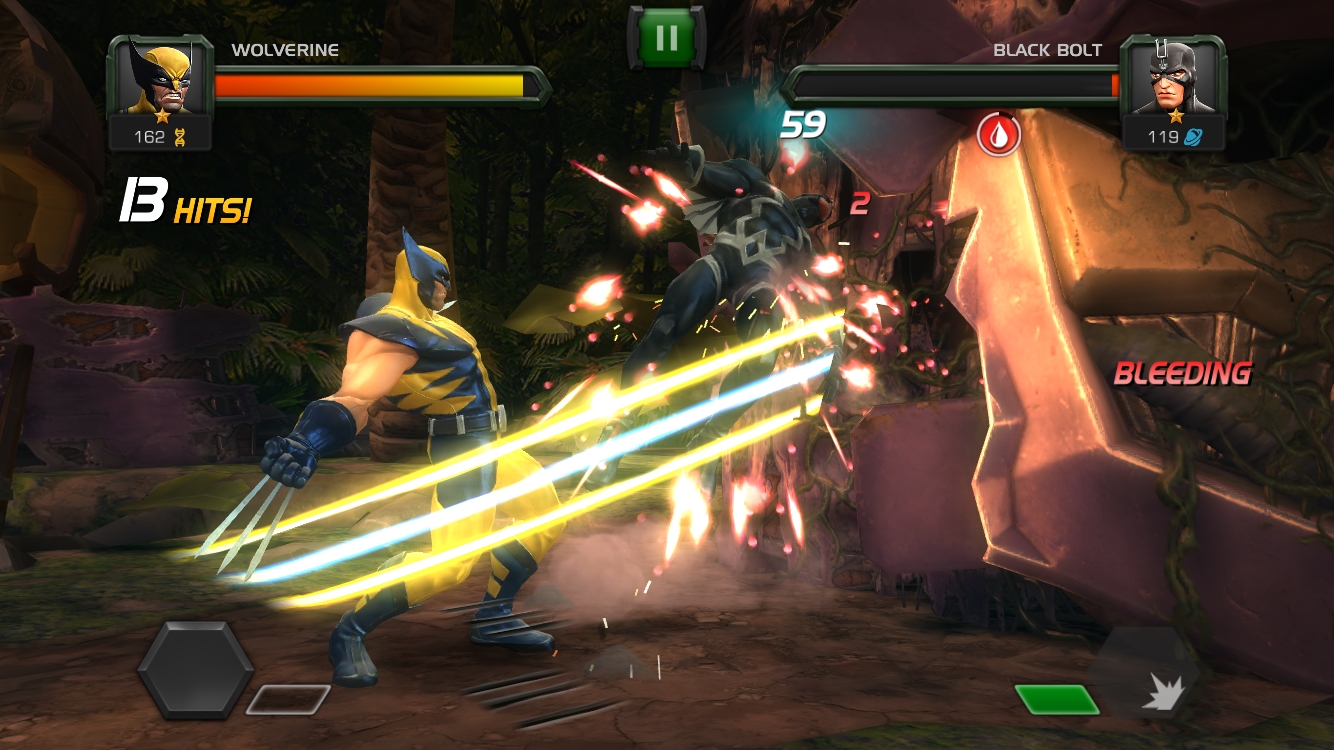 It's had its ups and its downs, but Marvel Contest of Champions remains a thoroughly playable mobile beat-'em-up with impressible slick action and dozens of recognisable fighters taken from Marvel's roster.

Okay, so it's nowhere near the Street Fighter series in terms of technical chops, and it's saturated with freemium mechanics.

But there aren't many brawlers of this kind that fit so seamlessly onto mobile, complete with a nigh-on flawless tap and swipe-based control system. 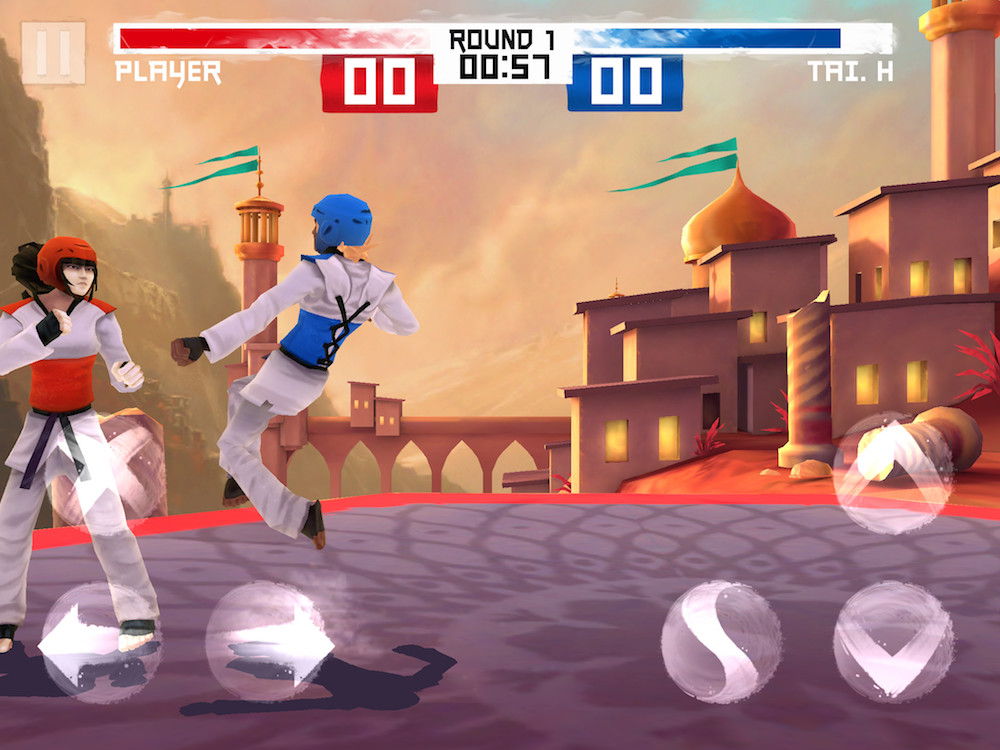 The bluntly named Taekwondo Game doesn't let you shoot fireballs out of your palms. There are no face-munching feral fighters or vain matadors. None of its competitors can flip upside down and spin across the screen.

Taekwondo Game is far more grounded in reality than Street Fighter V (or any other game on this list) but there's a certain shared spirit.

Like Street Fighter, the key to success here is in watching your opponent's moves and countering appropriately - but maybe with a plain side kick rather than a Dragon Punch.