Whether you're re-stocking the Mos Espa Cafe with Womp Rat Stew or sending Jawas down to an Imperial interrogation room, there's something about Star Wars: Tiny Death Star that just feels so obvious.

This time around, it's a spin on NimbleBit's Tiny Tower, albeit with a moon-sized space station in the 'starring' role instead of a skyscraper.

But while it feels like the perfect match, it didn't start that way. Disney had been in contact with NimbleBit's fraternal founders Ian and David Marsh before Disney bought Lucasfilm in October 2012. 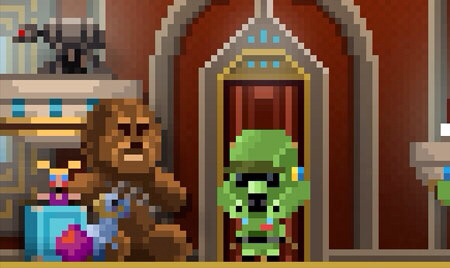 "We here at the studio have been big fans of NimbleBit and the Marsh brothers for a while," Jon-Paul Dumont, studio director at Disney Mobile in Palo Alto, says. "We had been talking to them about things that would be fun projects and would be the right fit."

I ask Ian Marsh about what sort of ideas were thrown about in these early discussions. "It was so long ago and we were going through so many possibilities, I'm not sure which ideas were seriously considered. I think a Monsters U Tower game was the strongest idea."

But all that changed.

"Disney bought Lucasfilm and Star Wars and somebody said 'Oh my god! What if we made Tiny Death Star?'" Dumont says. "It was as if light bulbs went off all around the room. The game almost wrote itself at that point." 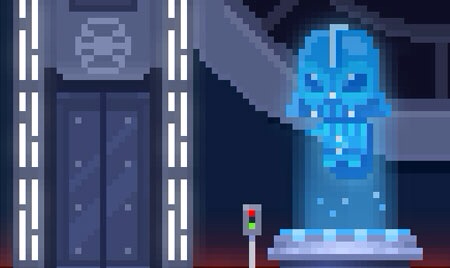 While the NimbleBit duo were deeply involved in the production of Star Wars: Tiny Death Star, Disney actually developed the game itself.

"Our role was making sure the team at Disney knew what made Tiny Tower special, and assisting them to come up with changes and additions to make Star Wars: Tiny Death Star its own great game," Ian Marsh explains.

I ask Dumont about what the NimbleBit brothers learnt from Tiny Tower. "They talked a lot about how often people played, which was really instructive for us when tuning the game. They talked about things like when the right time was to express to players that they should upgrade their elevator."

"They got builds during the entire development process and gave us feedback."

"There were things that our team looked at in Tiny Tower and thought, 'that can't be that big of a deal', like the BitBook," Dumont says. (NimbleBit always features an in-game social network, which is filled with silly messages and memes left by your Bitizens.)

"The NimbleBit guys were like, 'Oh no! Our fans love the BitBook. You need some version of that!'" So, Star Wars: Tiny Death Star has its own social network, Holonet. 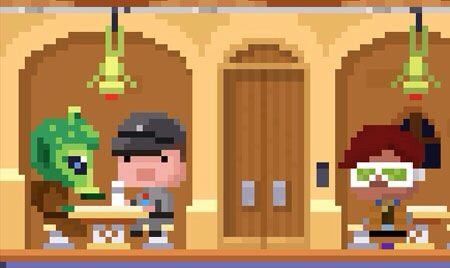 Star Wars: Tiny Death Star is not canonical. Shocking, I know. But a game in which Lando visits an ice cream parlour on Vader's ship might not fit snugly within the greater Lucas lore.

That doesn't mean, however, that Disney Mobile had free reign to mess around with the Star Wars universe.

"The approval process is very rigorous with Lucasfilm. They make sure Yoda's ears are the right colour green and Darth Vader's helmet is the right proportion."

"They're the keepers of the Star Wars legacy because it's something that's existed for so long and it's something that will exist for a very long time. They take the notion of what a Stormtrooper should look like in 8-bit very seriously because, to them, they're setting the precedent for a year, five years, or even ten years from now."