How does Star Wars: Force Arena compare to other big mobile MOBAs?

It's a well-known fact that adding Star Wars to your game gives it a far better chance of being awesome.

That certainly appears to be the case with Star Wars: Force Arena, which gains at least a smidgen of its MOBA aceness from letting you lead Luke Skywalker into battle against Darth Vader.

Star Wars IP aside, though, how does it fare as a MOBA? The mobile MOBA genre has steadily filled up with some accomplished examples over recent years.

Here's how Star Wars: Force Arena stacks up to four of the best mobile MOBAs in the business. 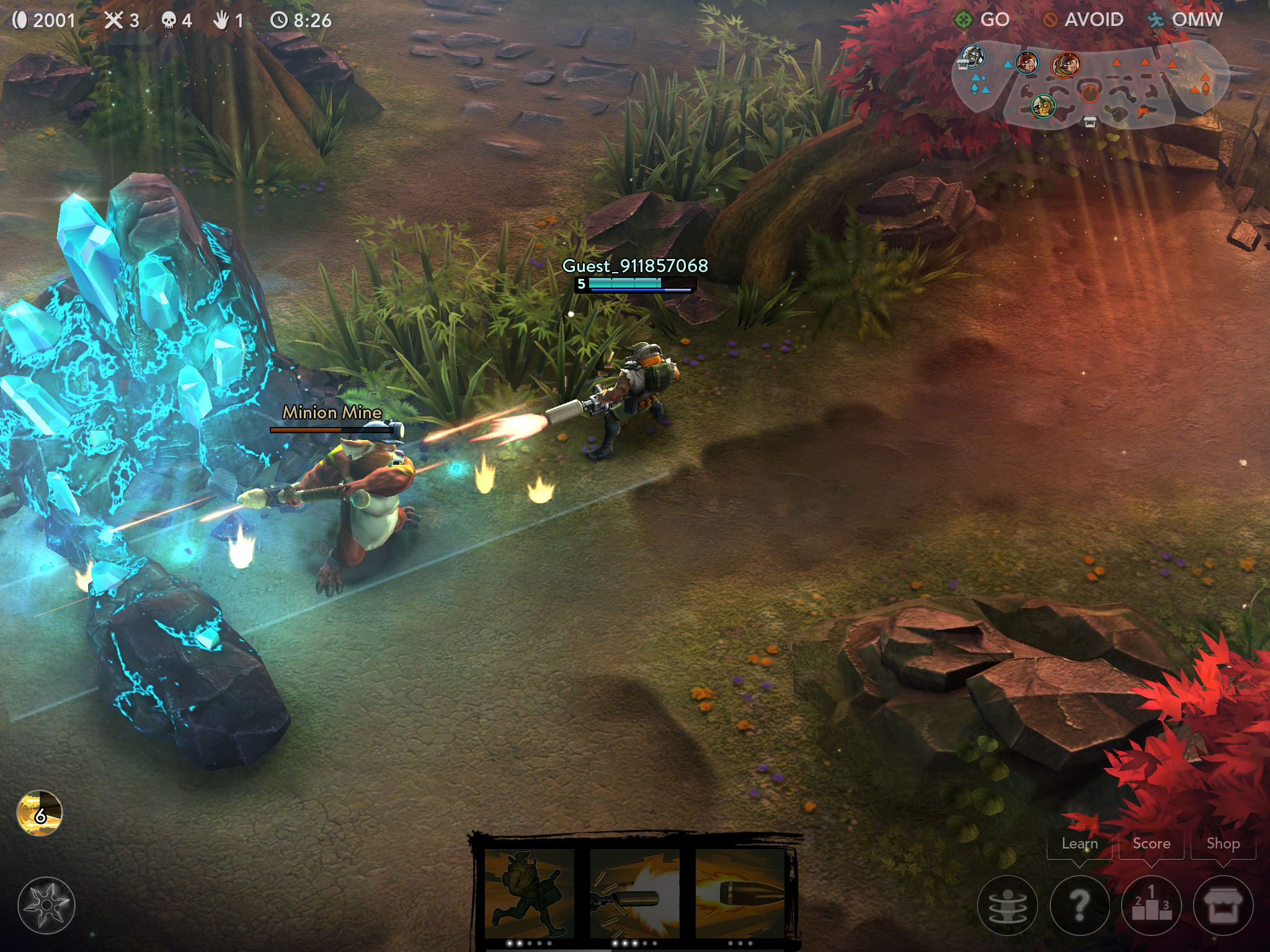 Both ask you to take on successive defensive points through direct control of a flamboyant hero character, summoning disposable ground units to absorb their fire while you sneak in to lay the smackdown with special recharging abilities.

However, Star Wars: Force Arena is a much simplified take on the Vainglory template (which itself is a direct interpretation of PC MOBA greats). The levels are less sprawling and nuanced, with no scope for stealth or 'mining' as in Vainglory's extended jungle areas.

If you're looking for the next step on the MOBA ladder after mastering Star Wars: Force Arena, Vainglory is a good bet. 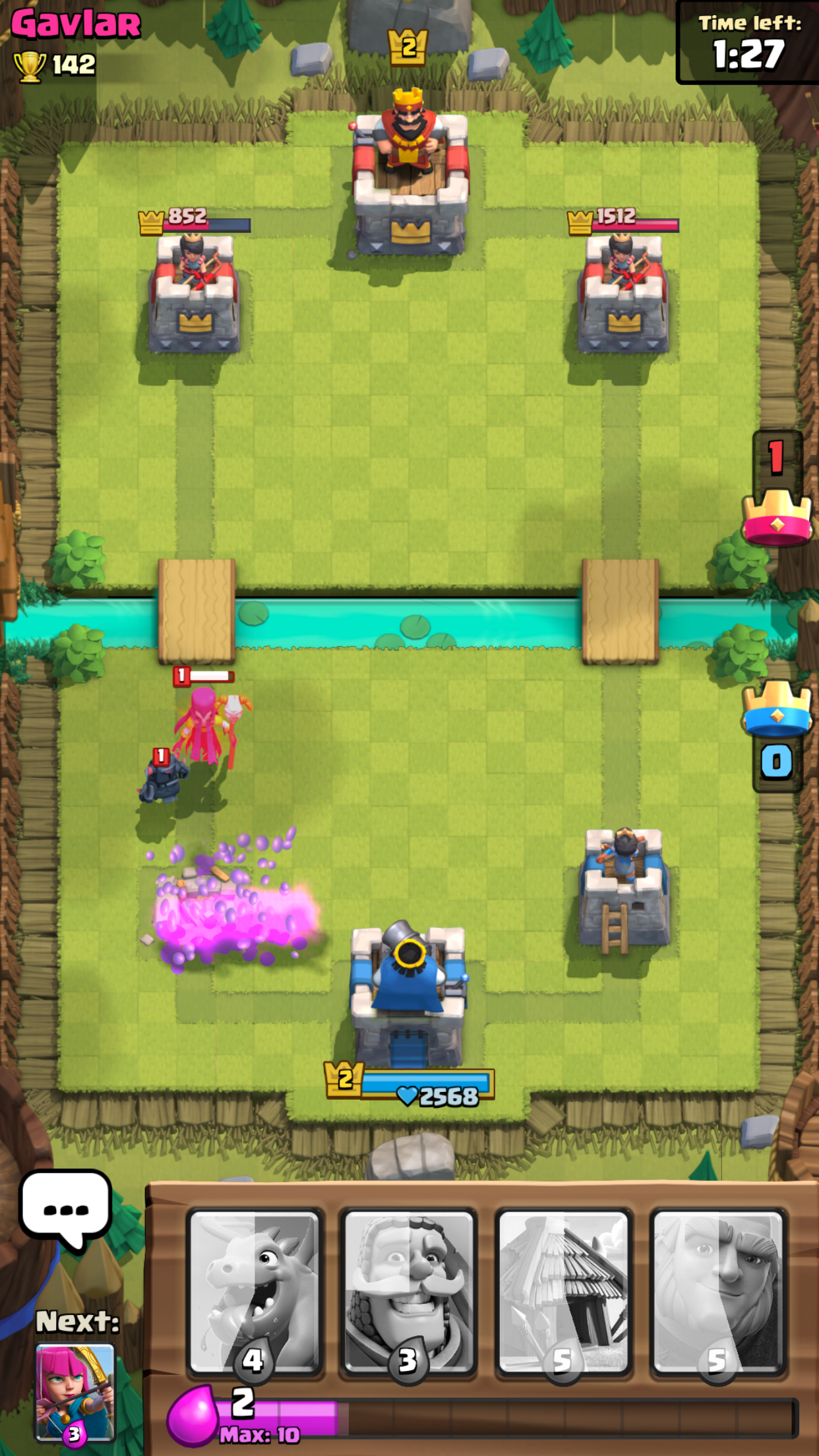 If Vainglory represents the next step up in complexity and nuance from Star Wars: Force Arena, Clash Royale lies somewhere in the opposite direction.

That's not to say that it's dumb or disposable - far from it. But Supercell knows how to make strategy games that are accessible to the masses. Clash Royale is a towering example (pun intended) of that.

It's still base-vs-base stuff with multiple automated unit types you must call into the battlefield. But that battlefield is a much simpler single-screen affair, so you can always see everything that's going on. It's also bottom-to-top rather than left-to-right.

Also, Clash Royale doesn't grant you direct control of a hero character - you simply call up stooges to do all the fighting for you, although the card system for doing this bears some similarity to Star Wars: Force Arena's.

Here's another game that simplifies the MOBA formula even more than Star Wars: Force Arena. Titan Brawl tweaks the formula again, though.

Like Clash Royale it condenses the action into a simplified single-screen arena, and also like Supercell's game you don't take direct control of a single all-powerful hero.

Titan Brawl's main twist is that you call three of these 'champion' characters - and one towering Titan - onto the two-lane battlefield as they become available, and then activate their individual special moves as appropriate. Lines of support minions materialise of their own accord. 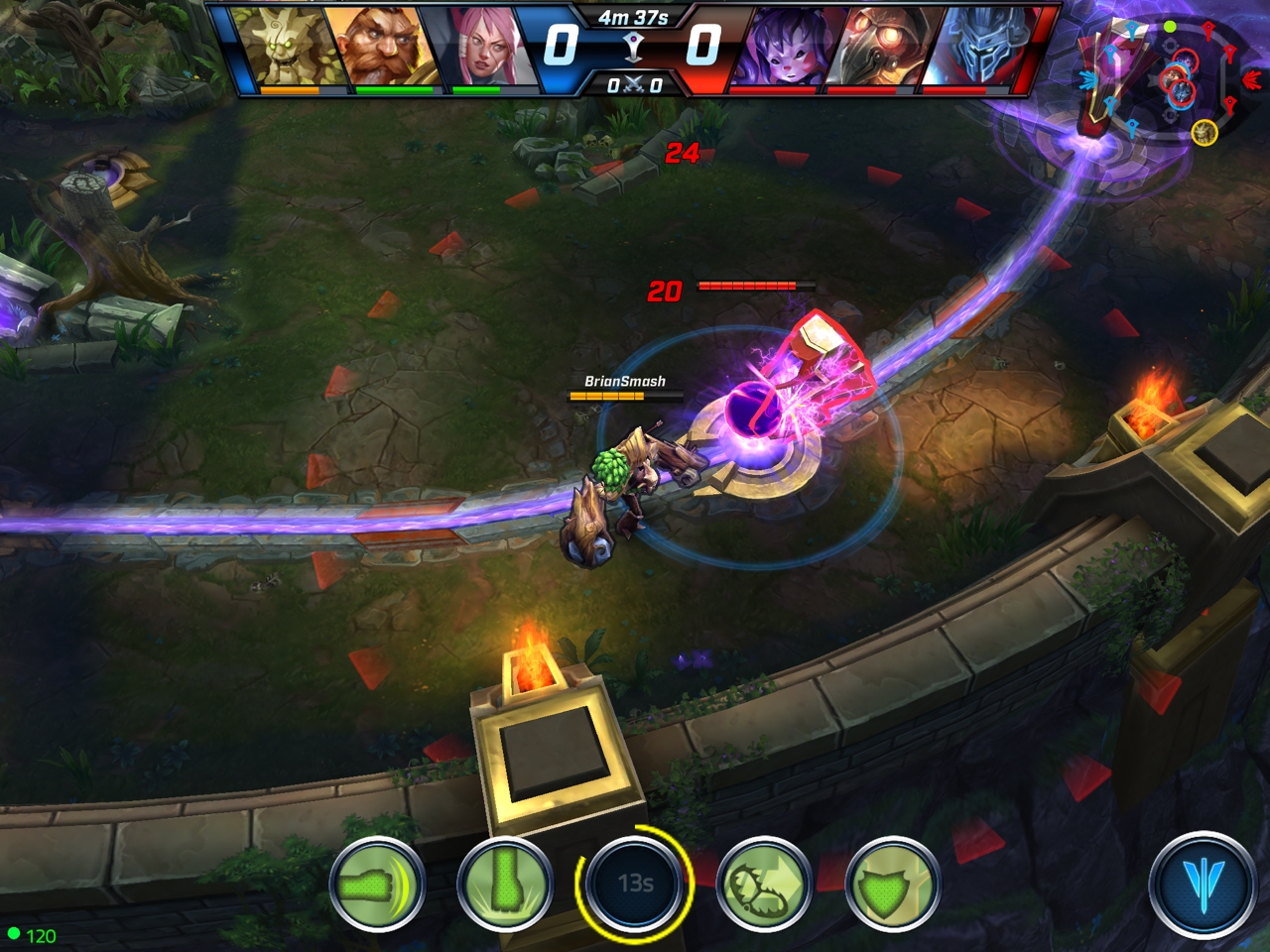 Call of Champions is one of our favourite mobile MOBAs of recent years, because it's colourful and intuitive and clearly made for mobile.

At first glance it adopts a similar side-on tower-and-base-conquest template to Star Wars: Force Arena and Vainglory. However, while you take direct control of a powerful hero, this time there are no minions to get caught around your feet - only two human or AI-controlled support heroes.

At its heart is an easy-to-grasp to-and-fro ball-pushing system that evokes capture the flag, tug of war, and even basketball. It ensures that you always know who has the initiative at a glance, despite the action taking place on fairly large battlefields.