Wars in the stars! Wars between the stars? Come to think of it, it's a really bad title.

And now George Lucas has sold the franchise to Disney, he can't go back and change it. That was a joke.

Anyway, there's a new Star Wars strategic card battling game out. It's called Star Wars: Assault Team, and it sees you building a team of plucky characters from the Star Wars universe and using them to complete missions.

It's all very simple and quaint and free-to-play. You tap on stuff to shoot it. You tap on the cards that represent your heroes to perform your special moves. 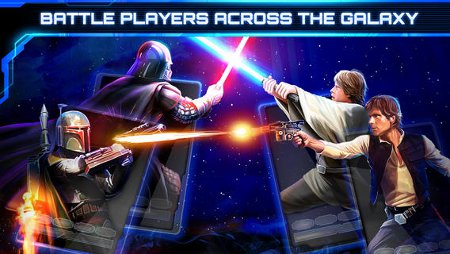 When you're not fighting, you're tapping other things to interact or being pushed along corridors (possibly by your legs).