3D MMO Star Legends: The Blackstar Chronicles finally out of closed beta and on the Android Market

Spacetime Studios has finally taken its much-anticipated Android MMO Star Legends: the Blackstar Chronicles out of closed beta, and has made it available on the Android Market in open beta.

On first impressions, it feels to me like the Unreal Engine 3-powered Global Agenda’s younger, cuter sister.

For anyone wishing to discover whether that's truly the case, Spacetime's class-based MMO will run on Android devices sporting version 2.0 (Eclair) of the OS and above.

The classes available in Star Legends: the Blackstar Chronicles are Commando, Operative, and Engineer (essentially Warrior, Rogue and Priest / Mage respectively), and, as usual in these cases, the focus is on working together.

The increased emphasis on tactics in this game means that a diverse team will accomplish a lot more - and at a much faster rate - than a uniform one.

Star Legends: the Blackstar Chronicles's full release is expected later this month, and Spacetime says it is “committed to a free to play experience” which involves the same end game content as the paid one.

Check out the official video below, and our hands-on experience with it back in March here. To download it, click on this link. 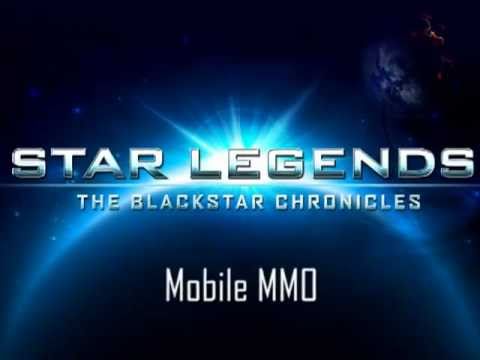 Subscribe to Pocket Gamer on
Android Central
Next Up :
SIEGE: Apocalypse is KIXEYE's new 1v1 military battler that's out now on iOS and Android