Who serves pineapple under the sea?

Your aim in this time-management title is to help SpongeBob seat, serve, and satisfy a range of different customers across five Bikini Bottom restaurants, and guarantee the successful expansion of Mr. Krabs's Krabby Patty empire.

Naturally, you'll have to meet the needs of several characters from the popular SpongeBob SquarePants TV show, including Patrick Star and Sandy Cheeks, using simple swipes and taps of your device's screen.

SpongeBob Diner Dash Deluxe is available on the App Store as a Universal app for £1.49 / $1.99. Check out SpongeBob in action in the video below. 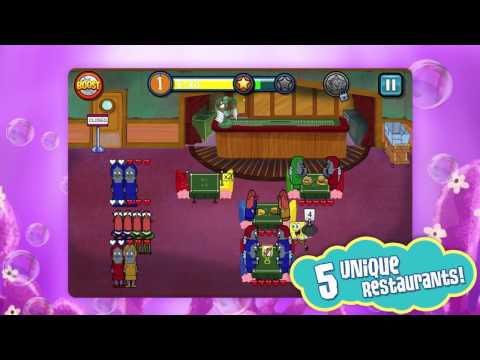 Subscribe to Pocket Gamer on
Next Up :
Final Fantasy VII The First Soldier adds Chocobo time trials and Halloween-themed skins in latest update