It got a good reception - we called it "admirably fresh and inventive" - but one design decision, which forces you to solve mysteries to continue the story, did annoy some players and members of our App Army user review group.

Chanandler said "I've been playing this for a few hours now, and I'm still not sure how to get to the new areas. Still no idea what the mysteries are all about. While it was fun catching the bugs, doing the same room over and over is getting a little tedious".

Tiger Style tells us that the secrets were made mandatory to stop players rushing past the content.

"We put much more effort into this game's story, creating a number of puzzles which unlocked secret levels," says designer Randy Smith. "It seemed like it would be very easy for a lot of our players to miss the story and puzzles entirely, and we wanted to be sure everyone knew they were there".

But this change to Spider's design was became the biggest, most repeated complaint from players.

"The puzzles were too hard for some players, and combined with the real time and weather features, some players incorrectly concluded that they had to stop playing and wait for another day to solve the puzzle," explains Smith. 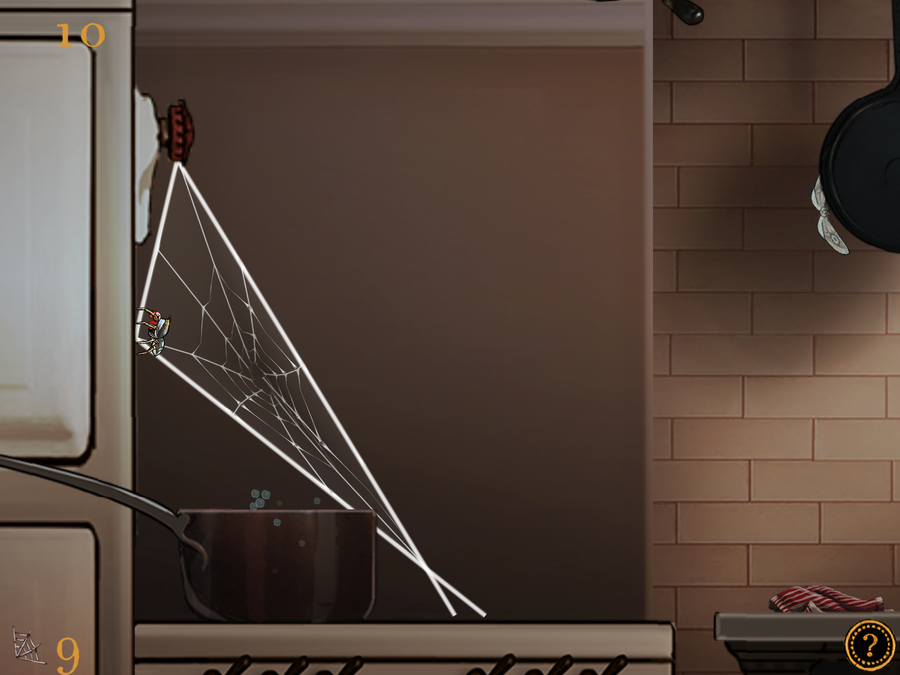 "I think it clicked for me best when I read the App Army's description of the game: whether or not you like puzzles, the point is you don't want to be forced to stop and solve them. After all, the core gameplay is web crafting and insect catching, and if you're having a great time with that, you're probably in the mood to let the puzzles wait for another day".

So Tiger Style has quickly updated the game and now solving puzzles is no longer required to proceed. You'll miss out on story beats and secret locations, but they'll be waiting for when you're ready to start unraveling the mystery.

"As a spider, you don't care about stories and secrets. The only reason a spider would bother solving a puzzle is if a human player is guiding it to do so. Now that the game isn't forcing you to solve those puzzles you can feel like a real spider once again".

You should absolutely get Spider: Rite of the Shrouded Moon while it's on sale

Spider: Rite of the Shrouded Moon goes on sale for the first time for Halloween

Spider: Rite of the Shrouded Moon is now available on Android

Spider 2 contains a secret arachnophobe mode, which replaces the scary spider with a gentle walrus