The best game about 4-stroke pluckers in the galaxy

Android owners: it's time to jiggle the emergency whittler and set the technothrostle to 'three'. Madcap multiplayer starship sim Spaceteam has just crash-landed on Google Play.

In this game, you and up to three pals are cast as bridge commanders on a doomed spaceship, which is currently escaping from the explosive supernova of a dying star.

If you don't have a granular putty dial on your screen, you've got to find the player who does and tell him to twirl it. Hopefully, in time. 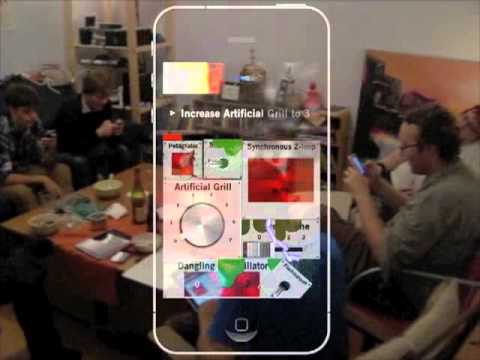 It becomes a game of quick-fire coordination; crumbling social order; and shouting about multispoons and hynopthrusters like mad space loons with a rapidly failing oxygen supply. It's intense, it's deeply silly, and it's utterly brilliant.

Spaceteam for Android is free, but you can buy a pair of 62p / 99c challenge packs (only one person on the team needs to buy a pack for everyone to play), and some new outfits, ship designs, and symbols.

You can hook up with other Android owners via Bluetooth or wi-fi. Oh, and if you choose the latter, you can even play cross-platform with those filthy iPhone and iPad owners.

Multiplayer shout-a-thon Spaceteam is now on Apple TV but, heck, it wasn't easy