Space Marshals 2 rocks up on the App Store a day early, out now on iOS

Put your hands, or whatever you have, where I can see 'em

Rootin' tootin' shoot-'em-up Space Marshals 2 is now out a day earlier than planned on iOS.

An eagerly awaited sequel to its predecessor, Space Marshals, Space Marshals 2 is a top-down shooter which puts you in the shoes of Burton as he struggles with the galaxy's criminals.

Unlike you'd expect most western/space ranger shooters to go, the game isn't about spraying your bullets out like pennies in an arcade. No, you've got to use stealth and the correct tactics to best your enemies and walk away from a fight unscathed.

On top of the obvious two factors mentioned just now, the most important element will be choosing your load-out and gear wisely. Depending on how you like to fight any armour/weapons you choose could be the difference between success and crippling failure. With 20 missions, over 70 different weapons, and multiple factions to fight, there's something for everyone. 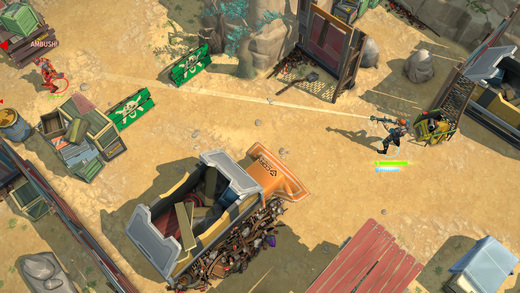