The sequel you never asked for (Updated with Apple Watch details)

Turns out that developer Hardlight made a Sonic-themed pedometer to go along with the game.

As with any pedometer, it tracks your footsteps, but it also gives you in-game rewards for being active. The more active you are outside of the game the more you unlock inside it. 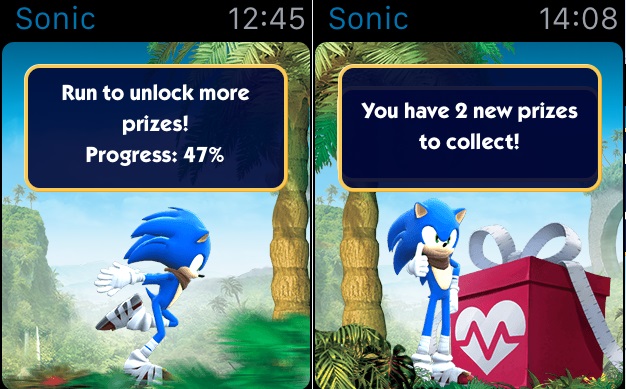 
Ah, so that's what Sega meant when it said Sonic Dash 2: Sonic Boom would be out "soon." It meant it'd be out in a week.

Well, it's out on iOS at least. No sign of the Android version at the moment.

It's endless running Sonic, just like Sonic Dash, except he has a scarf and Knuckles is a triangle.

The big difference between this sequel and the original, apart from its dress sense, is that you can switch between three characters during your run.

And you'll need to as well due to different challenges (running, flying, climbing) being thrown your way. There are also new characters from the Sonic Boom universe added.

Fancy giving it a go? You can download Sonic Dash 2: Sonic Boom for free on the App Store.

Win an iPad Mini 4 thanks to SEGA and Sonic Dash 2, out now on iOS and Android

Sonic Dash 2: Sonic Boom - Faster than the speed of love?