Sneaky Sasquatch, the quirky stealth game from RAC7 Games, has released a new patch that brings the game up to version 1.7 and adds a bunch of stuff. The update is available for the game on Apple Arcade.

The 1.7 Version update for Sneaky Sasquatch is heavily vehicle-focused. It adds motorcycles and bicycles, which you can now take out to the new dirt racetrack to zoom around. If you are a fan of the driving components of this game then RAC7 has just given you more to do.

???? Sneaky Sasquatch Update Vehicular hijinks! Take your new motorcycle (or bicycle) to the dirt racetrack and trick it out in the garage, or go big with a monster truck that Sasquatch is probably not licensed to drive. Vroom vroom: https://t.co/Ted2TQER0C pic.twitter.com/d3IKqsybVC — Apple Arcade (@AppleArcade) May 30, 2021

In addition to that, there are also new modifiers to customise these bikes as well as other vehicles in the game for extra versatility. Other stuff included in the update involves monster trucks, dirt bike events, a new delivery job and more.

If you’re unaware of what Sneaky Sasquatch is, it’s a quirky game involving stealth and other action-y elements where you play as a sasquatch doing things like sneaking around campsites, disguising yourself in human clothing and snatching food from unguarded picnic baskets.

You can watch a trailer for the game below to see more of what the game is all about. 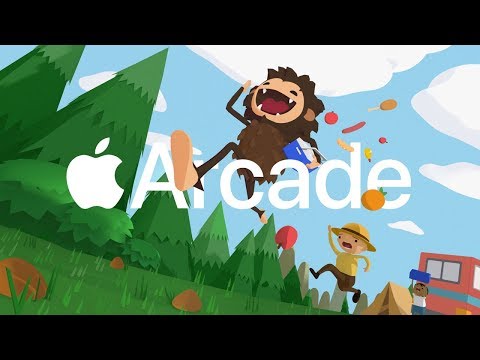 Sneaky Sasquatch is available now from the iOS App Store via Apple Arcade, the premium subscription service that grants you access to hundreds of different mobile games on iOS for a monthly fee. You can read more about that from the official Apple Arcade website here.

If you're after some great new Apple Arcade games, be sure to read our list naming some of the best that came out last year.
Next Up :
Urban Trail Pocket, a fast-paced stunt performing game launches tomorrow on Android and iOS

Sneaky Sasquatch: A few ways to earn some nice coin in the game

Sneaky Sasquatch: Three things you can use coins on outside the Racoon's shop

Sneaky Sasquatch: Three things to know about the Apple Arcade Game of the Year