With the three-month anniversary of Rumble Stars' release ever so slightly behind us, we take a look at how the frantic football game has continued along development.

It's been three months since Frogmind Games released their latest title, Rumble Stars — Rumble Stars Soccer or Rumble Stars Football depending on your region. It's a PvP football game with animal (and other) characters which takes the Clash Royale formula and spritzes it all up by giving each unit type its own AI practices and priorities.Or, as our reviewer put it in our review, "Clash Royale has a game of football in the park" 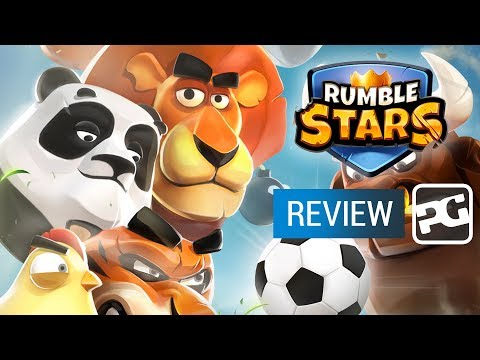 In this age of live products and regular updates it is rare that a product stays the same for any amount of time after release. I mean, as reviewers we frequently get to experience games just prior to release, receiving day-one patch notes as we put the final touch on our impressions. So three months is quite a long time, especially for a game which hasn't dipped out of the top 100 ranking sports apps in most of South America and Europe since its launch back on the 25th of April.

While we don't know much about the current userbase, we do know that Rumble Stars hit the five million players point on the 16th of May, citing that they had gained around 180,000 new players per day since launch. After they'd finished their first full month on the storefronts they got to work with monthly content updates, and that's what we're here to discuss. 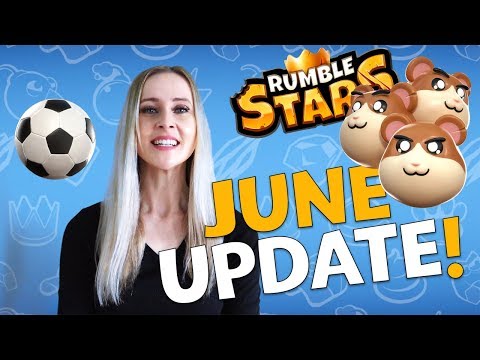 Undoubtably the stars of the experience, the Rumblers are your players in the game. Originally the roster was 29 Rumblers strong, however it's now up to 32.

June saw a new Rumbler added, Hamster Trio. The new Rumbler is, as the name might infer, actually a cluster of three hamsters. Each of them has their own health bar and work independently of each other, however for exactly the same goals. This means that if any of the little critters do pop their clogs the others will carry on, making them a great deterrant for the offensive Rumblers who are out there to try and cause harm rather than goals. 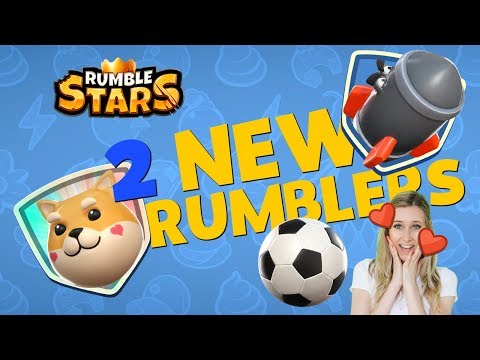 Lovely Shiba is a legendary Rumbler available from the new lava arena. It's a passing Rumbler, meaning it will never go for goals, instead passing to teammates who are in strong scoring positions. Lovely Shiba sounds very similar to Loyal Dog, however there is something which it can do which Lovely Dog can't. Rival Rumblers which come close to the Lovely Shiba will be stunned and will follow the Rumbler in a daze, possibly neutralizing attacking and offensive Rumblers from the other team.

Boom Rocket is an instant use, ranged explosive which launches direct from the coin/card row onto the field delivering a massive amount of damage. It has a slow arching descent, so quick players might be able to knock a Rumbler out of range of the blast, but on the same par Boom Rocket can also be used to knock a ball clear into goal.

Finally, a new Superstar Rumbler, Reckless Hog, was added to the game at the end of July. The Reckless Hog is a mixture of assault and offensive Rumbler, barraging past everything in its way to smash into the ball. If deployed carefully then it can be an extremely disruptive play, wreaking havoc on the more delicate strategies. 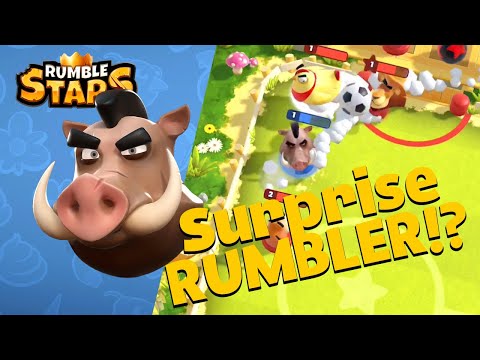 It's not just been new Rumblers which were added. A new arena, the Lava Pit Arena, was added into the top end of the arena scale. The event set-up was changed so that players recieve an award a the mid-point, and a new Spectator Mode was added in. Later tweaks meant that the spectators could tweak UI elements, making it so they could view of hide the mana of either player.

While we don't know what the future of Rumble Stars will look like, the increasingly speedy introduction of new Rumblers and almost weekly buffs and nerfs show that the team are very commited to keeping the product going. This is great news, because we really enjoy playing it — although it would be nice if they added some variety to the victory fanfare in the game.

You can find Rumble Stars on the App Store and Play Store, where it is free to play.