[Update] Rodeo Stampede is the next game from the creators of Skiing Yeti Mountain, out now

Not their first rodeo

iOS + Android
| Rodeo Stampede
Update on June 22nd at 16:22: It's becoming quite a trend but even some games, like Rodeo Stampede, that were scheduled to be released on Thursday are getting an early release on the App Store.

If you're on Android you'll have to wait a couple of hours or check this link. It'll pop up eventually.


Skiing Yeti Mountain was so good it was one of those rare games to earn a 9/10 here at Pocketgamer. We even called it a "future classic" and "the quintessential winter sports experience on mobile".

It took the endless running genre by storm and was a "simple to control yet difficult to master" kind of game. Developer Featherweight is hoping to have the same kind of success again with its next game called Rodeo Stampede. 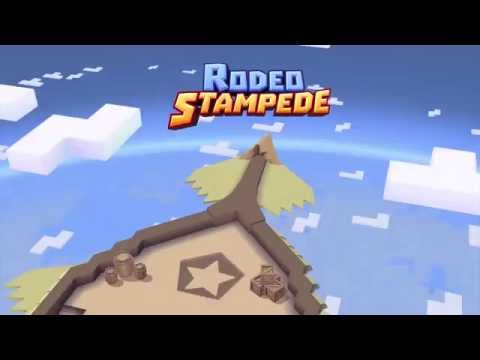 As shown in the trailer above, you have to rodeo your way through a herd of animals as you try to ride them long enough to bring them back to your sky zoo. Eventually you'll earn coins to upgrade the different habitats on your zoo and even take selfie with unique animals.

It still plays with the one-touch controls of Skiing Yeti Mountain and hopefully it will be as good. Rodeo Stampede is scheduled to be released on June 23rd on both iOS and Android.

Rodeo Stampede: Some basic tips for your big round up

How to unlock every animal in Rodeo Stampede