No ifs or butts

Reflex and reaction driven platformer Ready Set Goat is probably one of the best maintained one-touch platformers to grace the AppStore over the years, and we're excited to be able to give you a sneak peek at their future plans as part of Pocket Gamer LaunchPad.

Ready Set Goat was a runner-up at one of our Big Indie Pitches earlier on in the year, and the reason it beat out almost all of its competition is due to its purity. The pixelated platformer almost perfectly captures the precision-based play of some of the strongest mobile games while also having the pick-up-and-play approachability of the modern hyper-casual game. As a matter of fact, considering its speedy runs, it comes across as a game based entirely around the skill of a deftly performed 'Goomba Stomp' than anything else. 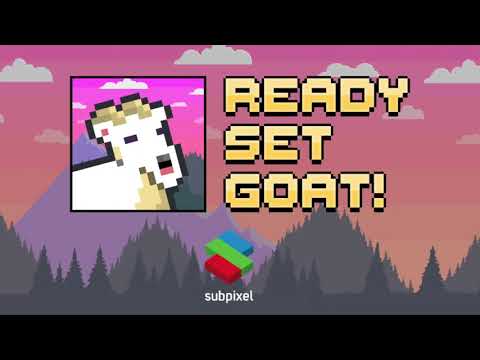 Those perfectionists of you who have already dived into the game before might already know the rough outline for July's updates, which add enemies which require a second hit, gems and power-ups that you can buy with them. You'll need to build combos in order to unlock the gems, however, Ready Set Goat has always been a where you can often only take one hit before you reach the fail state - so it's quite likely that you'll be racking these up in your runs. All of that said, one of the power-ups is an extra life, so maybe that will change things up sufficiently for other players.

Anyway, that's July. We've got information on the follow-up update which is coming in September too. The game will be receiving an XP and levelling system which will also offer rewards and achievements as you continue to play. Perhaps most importantly though, as of the September update, you'll also be able to play Ready Set Goat in portrait mode, rather than just landscape.

Ready Set Goat is available now, for free, from both the App Store and Google Play.

Head to the Pocket Gamer LaunchPad hub to find all of our exclusive announcements from our three-day event.
Next Up :
Pokemon Go is letting you become an in-game Gym Trainer with its new contest

Ready Set Goat: Three things to know about the simple, but quick-paced game