If you've played the glorious Rayman Origins, you'll no doubt have fallen in love with the treasure chest chase levels.

These levels forced you to never stop running, as you made your way through tight spots and circumvented literally close-to-the-bone obstacles at every turn.

Looks like Ubisoft is well aware that we're a little bit smitten with these bonus stages, for it's only gone and made an entire mobile game based on them.

Rayman Jungle Run is coming to iOS and Android on September 20th, and it runs on the same UbiArt engine that Rayman Origins used. In other words, it's going to be a bit gorgeous.

In terms of gameplay, we're promised unlockable powers and plenty of secrets, as well as Game Center leaderboards for the iOS version. You will, of course, also be collecting shiny Lums as you run.

Make sure you check out the trailer for Rayman Jungle Run below, and then feast your eyes on the screenshots we've gathered together. September 20th is the date to mark in your diaries. Do it. Now. 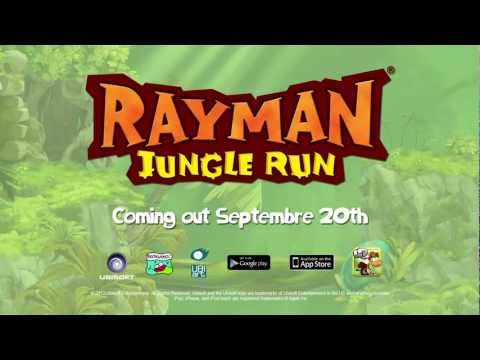