Majorariatto has released Pureya for iOS and Android devices after the announcement it would be coming to mobile hit earlier this month.

It’s a collection of charming arcade minigames set inside the imagination of a little girl who has scattered her collection of marbles across her room. When she races to get them, her mind runs wild as she imagines all sorts of different scenarios of how she’ll collect them.

Each of these situations appear as 10-second delightful and chaotic minigames which you have to collect as many marbles as possible before the minigame then changes to the next one.

Check out the trailer for Pureya below, which showcases some of the minigames. Some of them involve you soaring high as an eagle, dodging cannon fire, or tiptoeing as a flamingo to gather these marbles. 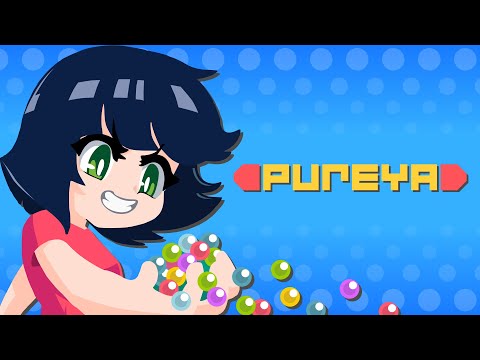 The game has a pachinko machine where you can spend these marbles to unlock new minigames, skins and collectibles. There’s also an endless mode which will test your ability to complete each of the games or allows you to practice on the ones you’re struggling with.

Pureya uses two-button controls which are pretty simple, as well as dynamic difficulty which changes depending on how well or poorly you’re performing, which means the game will be accessible to as many people as possible.

"Classic arcade games are wonderful, but they can quickly become tedious,” says Alva Majo, creator of Pureya. “I wanted to enhance that experience with engaging 10-second intervals. Whether you’re looking for a quick 2-minute play session or hours of earning skins and collectibles, pureya’s accessibility and variety of modes offer never-ending minigame madness.”

You can download Pureya later today from the iOS App Store and the Google Play for Android store, where it costs $3.99 on mobile. It is also available on Steam.

Read about some great puzzles games to play on Android.
Next Up :
Daily Dadish lets you try and save your missing radish kids one day at a time, out now on mobile